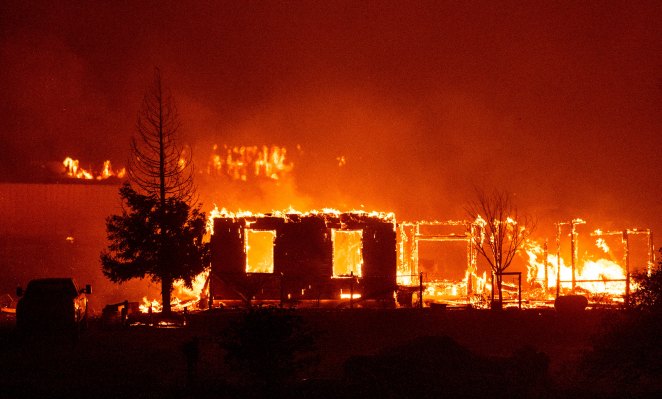 Lightning and a massive heatwave have contributed to raging wildfires in Northern California. By last count, some 11,000 lighting strikes caused hundreds of blazes n a 72 hour period — 26 of which have been classified as major fires, according to officials. The fires have grown to around 124,000 acres, threatening some 25,000 structures in the process.

Google this week has unveiled a tool it’s been working on for some time, aimed at delivering easily accessible information to the impacted areas. Through Search and Maps, the company has started offering up information relevant to the specific region.

At the heart of it  is a digital polygon — a red border that encircles a rough approximation of the active blaze. The object is drawn using data gathered from NOAA’s GOES (Geostationary Satellite Server) system. There’s a full Medium post from the team detailing how that information is gathered and processed if you’re interested in reading it. It’s interesting and pretty technical.

All you need to know as a consumer is that the information will be presented to you through Google Search. A floating notification will also pop up when you search for a location at or near the affected region in Maps. In addition to the name and location of the fire, Google will also offer up an SOS alert offering up relevant news articles and resources from local emergency services.