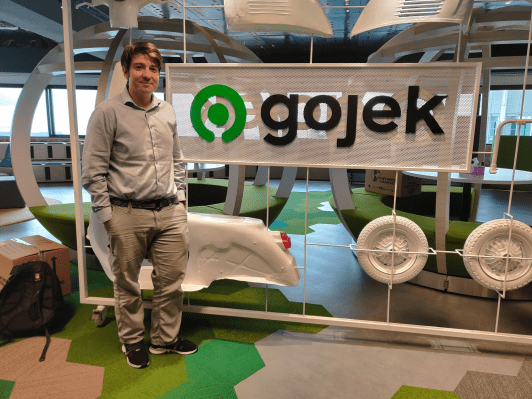 Indonesia-based ride-hailing company and “super app” Gojek said today that it has named a new chief technology officer. Severan Rault, who previously held leadership positions at Amazon and Microsoft, takes over the role from Ajey Gore, who announced last month he was leaving for personal reasons.

In a statement, the company said Rault will oversee Gojek’s engineering teams in Southeast Asia and India and report to co-chief executive officer Kevin Aluwi.

Rault has a long history of leading engineering teams at large tech companies, as well as his own startups.

Before joining Gojek, Rault worked at Betawave, a virtual reality studio he founded in 2016. During his stint at Amazon, Rault was one of the founders of Prime Air, the company’s drone delivery program. At Microsoft, he was the principal architect of Bing, the company’s search engine. Rault’s other experience include founding Kikker Interactive, a wireless solutions provider that was acquired by Microsoft in 2008.

Rault’s appointment comes at a critical time for Gojek as it faces competition from rival Grab and deals with the fallout of the COVID-19 pandemic. Last month, Gojek said it was laying off 430 employees, or about 9% of its workforce, and closing GoLife, its lifestyle services division, to focus on its core payments, transportation and food delivery businesses as part of its long-term response to the pandemic.

Founded in 2010 as a motorcycle ride-hailing company, Gojek has since transformed itself into a “super app” that offers online payments and a roster of on-demand services, including transportation, ecommerce deliveries and logistics. Gojek recently added Facebook and PayPal to a list of high-profile investors, including Google and Tencent.

Gojek disclosed in March that it is valued at $10 billion and now has over 170 million users, but it faces fierce rivalry from Grab, another Southeast Asian on-demand ride-hailing and logistics platform that is also building an online financial services business. With a valuation of $14 billion, Grab is the larger company. Earlier this year, reports emerged that the two were discussing a merger, which Gojek denied and Grab declined to comment on.

In statement, Rault said, “It is a time like no other to be at Gojek. The company is entering a critical phase as it moves from startup to maturation and it’s special to be a part of that. Building systems and processes for a business of Gojek’s scale and complexity is a challenge one rarely enjoys in their career and I’m grateful for the opportunity.”