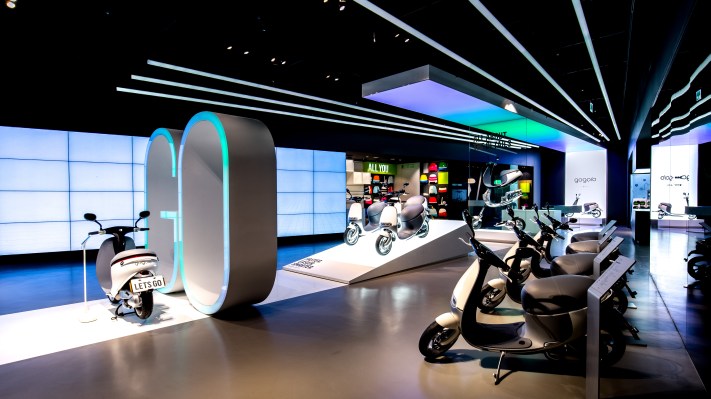 Gogoro, the Taiwanese company known for its electric scooters, announced a new ebike brand that will go on sale in the United States first. Details about the ebike, called Eeyo, haven’t been released yet, but it is noteworthy because it marks Gogoro’s first product launch in the U.S.

Eeyo be available for purchase in the U.S. in May, before launching in Europe and Taiwan this summer.

Founded in 2015 by former HTC executives Horace Luke and Matt Taylor, Gogoro says its Smartscooters are now the best-selling brand of electric two-wheel vehicles in Taiwan. The company also licenses its technology, including swappable, rechargeable batteries, to manufacturers like Yamaha, Aeon and PGO.

In Europe, Gogoro provided the fleet for Coup, the scooter-sharing service owned by Bosch, before it shut down last year.

Despite being best known for its Smartscooters, and the upcoming launch of Eeyo, Gogoro doesn’t just see itself as an electric vehicle maker. In an interview last year with Extra Crunch, Luke, Gogoro’s CEO, said the startup’s future lies in providing a platform for energy-efficient vehicles.

Last year it launched GoShare, a vehicle-sharing platform that will be available to other mobility companies as a turnkey solution for “any form factor” of vehicle.