Ghostery launches Midnight for privacy and ad-blocking beyond the browser 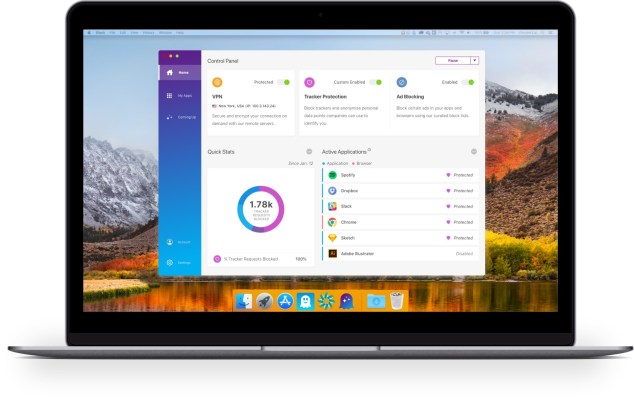 Ghostery has launched a new tool called Midnight, which brings the company’s ad-blocking and privacy protection features to all your desktop applications.

When Ghostery first announced Midnight earlier this year, President Jeremy Tillman told me that the company (acquired by browser company Cliqz in 2017) created Midnight because desktop apps — particularly email clients — were starting to “use a lot of the same web tracking technologies outside the browser.”

So the company says Midnight will block ads and data trackers in email clients like Microsoft Outlook, entertainment services like Spotify and any other desktop app — including web browsers that don’t support the Ghostery extension. You’ll also be able to see which apps are trying to track you and customize which apps get blocked or whitelisted.

In addition, Midnight includes a virtual private network (VPN) to encrypt and anonymize your online activity. Tillman said that many Ghostery users already use a VPN, but it made sense to build one for Midnight because “we want our entire ecosystem to be integrated.”

After a seven-day trial, Midnight will cost $14 per month.

And while Midnight is Ghostery’s most comprehensive product, Tillman said the team will continue to support the free browser extension, which he said is “is always going to be the tip of the spear” in bringing in new users.