Get your Startup Alley Exhibitor package plus bonus hotel stay 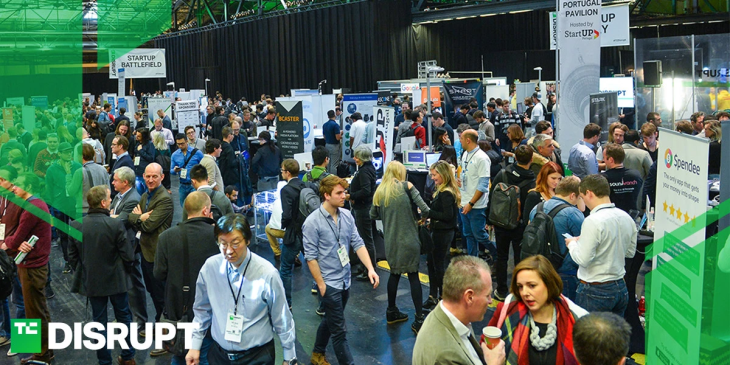 It’s getting down to the wire for your opportunity to show off your early-stage startup in Startup Alley at TechCrunch Disrupt SF this October 2-4. There’s simply no better way to place your ideas and technology in front of influential change agents that can help you propel your business forward and set the stage for future success. Here are just four of the many reasons you should exhibit in Startup Alley.

1. Awesome exposure to the media

Along with 10,000+ attendees, Disrupt SF will have more than 400 members of the media. We’re talking the big guns — CNBC, Bloomberg, Forbes, Financial Times — alongside TechCrunch writers, scouring the floor looking for stories about fascinating founders, emerging tech trends or maybe even a future unicorn. Scoring media coverage can work wonders for your bottom line — as Luke Heron, CEO of TestCard, learned when he exhibited in Startup Alley:

We got a fantastic writeup in Engadget, which was really valuable. Cash at the beginning of the start-up journey is difficult to come by, and an article from a credible organization can help push things in the right direction.

Journalists aren’t the only influencers perusing the tech and talent on display in Startup Alley. Investors are just as eager to find up-and-coming prospects to add to their portfolios. It’s the perfect place to start conversations and develop relationships that lead to big changes. And we’ve got a plethora of investors (both traditional VCs and corporate folk) in the Valley: Sequoia, Verizon Ventures, GV, SoftBank, Naspers, AT&T, Honda Innovations and more. Here’s what David Hall, co-founder of Park & Diamond, had to say about his experience:

Exhibiting in Startup Alley was a game-changer. The chance to have discussions and potentially form relationships with investors was invaluable. It completely changed our trajectory and made it easier to raise funds and jump to the next stage.

Last year, Park & Diamond closed its first round of funding, allowing the company to relocate to New York and make its first key hires.

With all of those reasons, it’s hard to top all the value you’ll get from a Startup Alley Exhibitor Package, but we’ll even sweeten the deal and throw in a complimentary 3-night stay at a SF hotel if you book by Wednesday, September 25. All of this opportunity for $1,995 sounds like it’s too good to be true, but if you act now, this can become your reality.

There you have it. What are you waiting for? Buy your Startup Alley Exhibitor Package and strut your stuff at Disrupt San Francisco 2019.