“I gotta say this because it’s black history month: man, you the first black president.” Jack Brewer said, Bloomberg News’ Josh Wingrove reports. Brewer made the remarks in the Cabinet Room of the White House where President Trump hosted a roundtable event and addressed a group of roughly two dozen black civic and religious leaders. 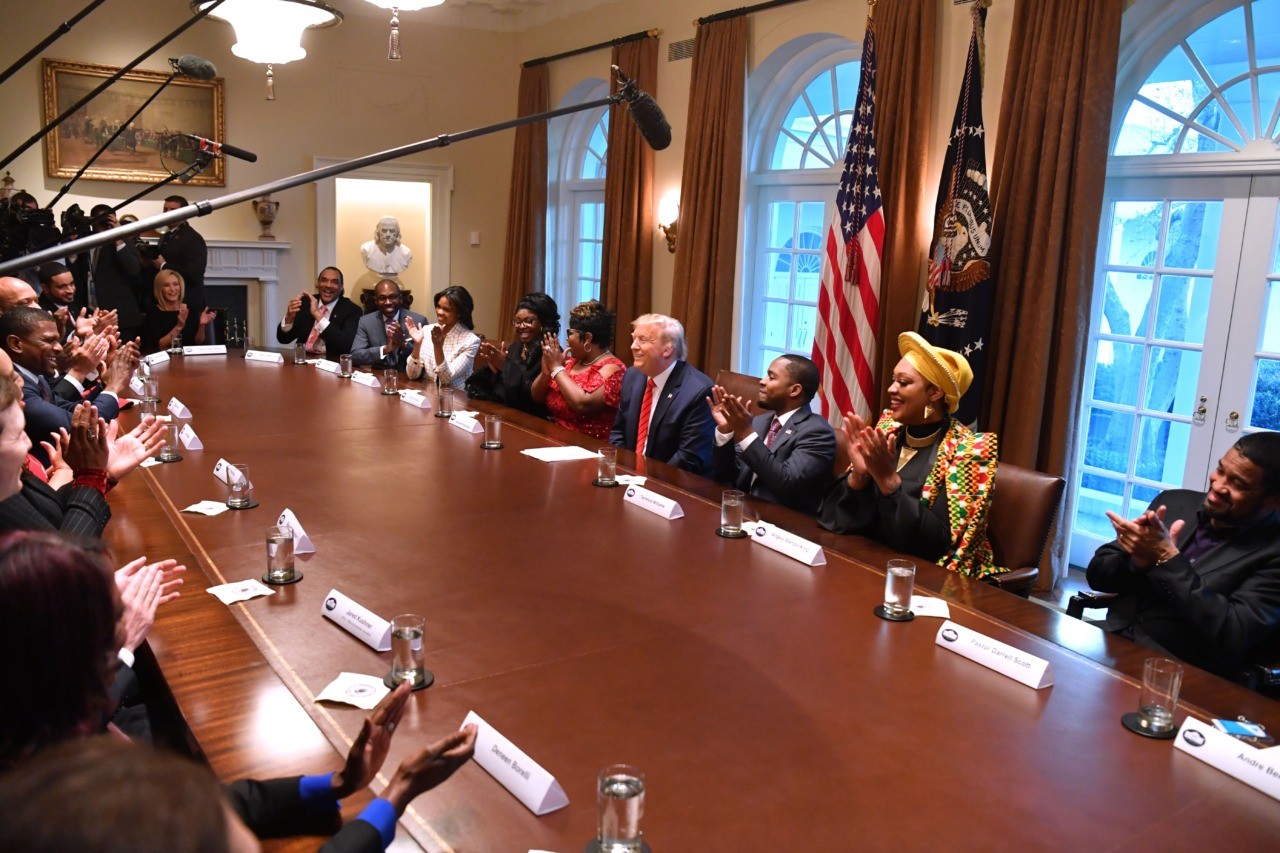 US President Donald Trump (C) meets with African-American leaders in the Cabinet Room of the White House in Washington, DC, on February 27, 2020. (Photo by Nicholas Kamm / AFP) (Photo by NICHOLAS KAMM/AFP via Getty Images)

The group of leaders also prayed over the President. 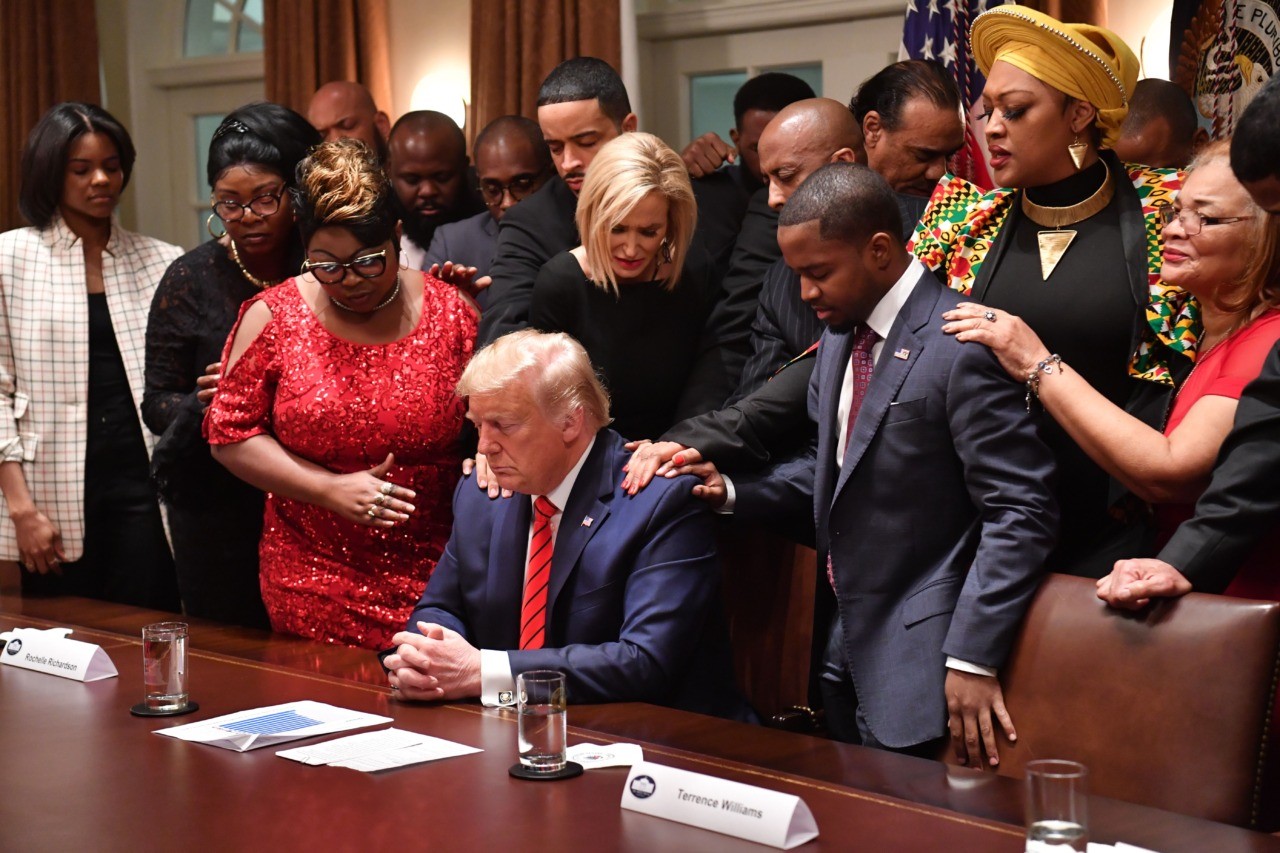 US President Donald Trump (C) stands in a prayer circle during a meeting with African-American leaders in the Cabinet Room of the White House in Washington, DC, on February 27, 2020.  (NICHOLAS KAMM/AFP via Getty Images)

Jack Brewer, who helped fundraise for Barack Obama, made headlines last December when he said that President Trump had ignited “a tremendous awakening in the country” among black Americans.

“Donald Trump will get over 20% of the black vote,” Mr. Brewer said in an interview with the Washington Times. “That is what’s going to win the election. Why? Because there hasn’t been a Republican to even try to go in and talk to the black community. They don’t go there. They don’t even try. I think he’s trying, finally.”

“For me, once I saw the policies that President Obama pushed in the back half of his presidency — it left a bad taste in my mouth,” he said during an appearance on Fox & Friends. “And then I really started being awakening [sic] to what was happening with the Democratic Party — making so many promises but then abandoning the community that I worked so hard in.”

“I said enough was enough, and I really started putting aside what my parents and my grandparents taught me about sticking to the Democratic Party because they were the party for African Americans,” Brewer said. “You know all that rhetoric sounded good back in the ’60s, but the facts are that the policies just don’t help our families.”

Jerome Hudson is Breitbart News Entertainment Editor and author of the bestselling book 50 Things They Don’t Want You to Know. Order your copy today. Follow Jerome Hudson on Twitter and Instagram @jeromeehudson