Ford built an electric Mustang with a manual transmission. And we’re mad. 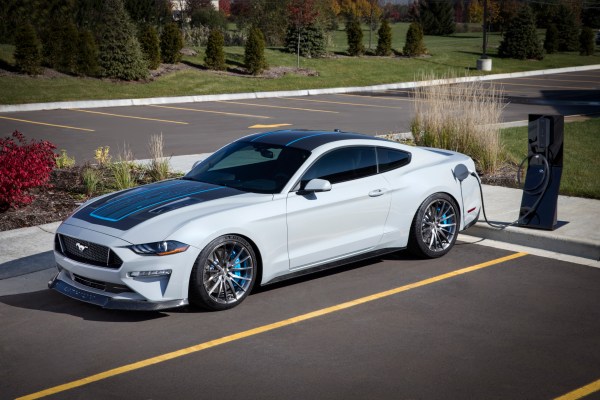 Ford wants the world to take notice of its plans for electric vehicles. And what better way than to build an all-electric Mustang fastback with a six-speed manual transmission?

And that has us angry over here because it’s a gigantic tease of a prototype that will never make it into production. Or least that’s what Ford is saying.

Ford and Webasto revealed Tuesday the “Mustang Lithium” high-performance battery electric vehicle at the Specialty Equipment Market Association (SEMA) trade show in Las Vegas. The vehicle is a one-off, meaning this won’t hit the marketplace anytime soon, if ever.

Ford does say this electrified Mustang is more than just a prototype. It’s also a testbed for battery and thermal management technologies Webasto and Ford are creating for the growing e-mobility automotive segment. So maybe there is a chance?

The vehicle has a Phi-Power dual-core electric motor and dual power inverters powered by an 800-volt Webasto battery system. The package produces 900 horsepower and 1,000 pound-feet of torque, ensuring its muscle car status. The vehicle has custom carbon fiber body components, a 1.0-inch lowered stance and 20-inch staggered fitting forged wheels, according to Ford.

Ford highlights the manual transmission as the “unique” twist. And it is. Electric vehicles have single-speed gearboxes. There is really no logical reason to have a manual gearbox. For those who still love the three-pedal action though, an electric vehicle with a manual gearbox makes all the sense in the world. 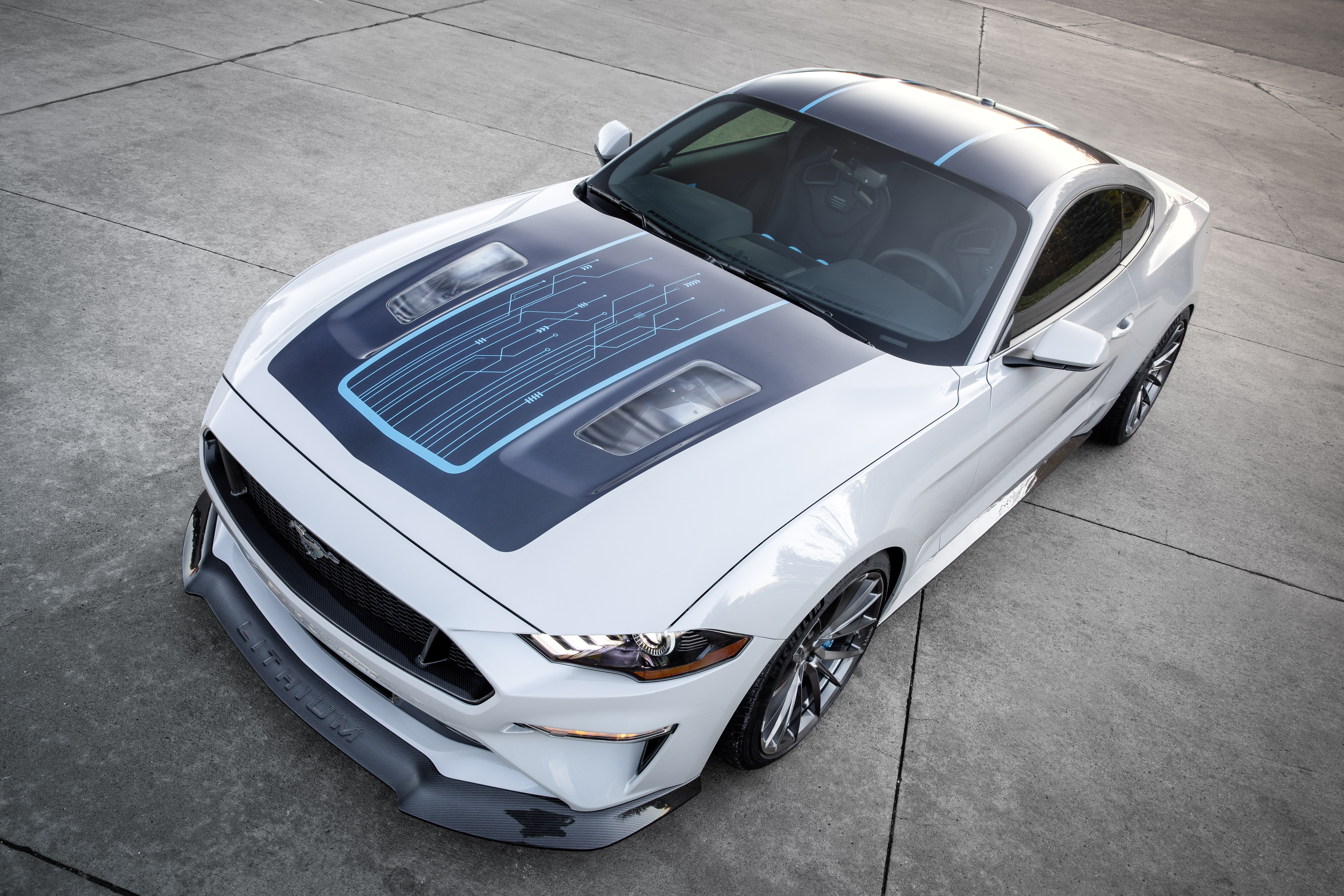 The 800-volt battery system is also worth noting. The Porsche Taycan is considered the first production vehicle equipped with a system voltage of 800 volts as opposed to the usual 400 volts found in most electric cars.

Ford’s use of 800 volts might hint at which battery systems might turn up in its production electric vehicles. This more robust system should allow for faster charging. For instance, Porsche credits its 800-volt system in the Taycan for allowing it to charge from 5% to 80% in 22.5 minutes with a maximum charging power of up to 270 kw.

Ford didn’t reveal battery range. But it offered up a few other specs, including that it has four modes that apply a controlled amount of torque for different driving modes. The modes are Valet, Sport, Track and Beast. The vehicle also has an in-dash 10.4-inch touchscreen display. 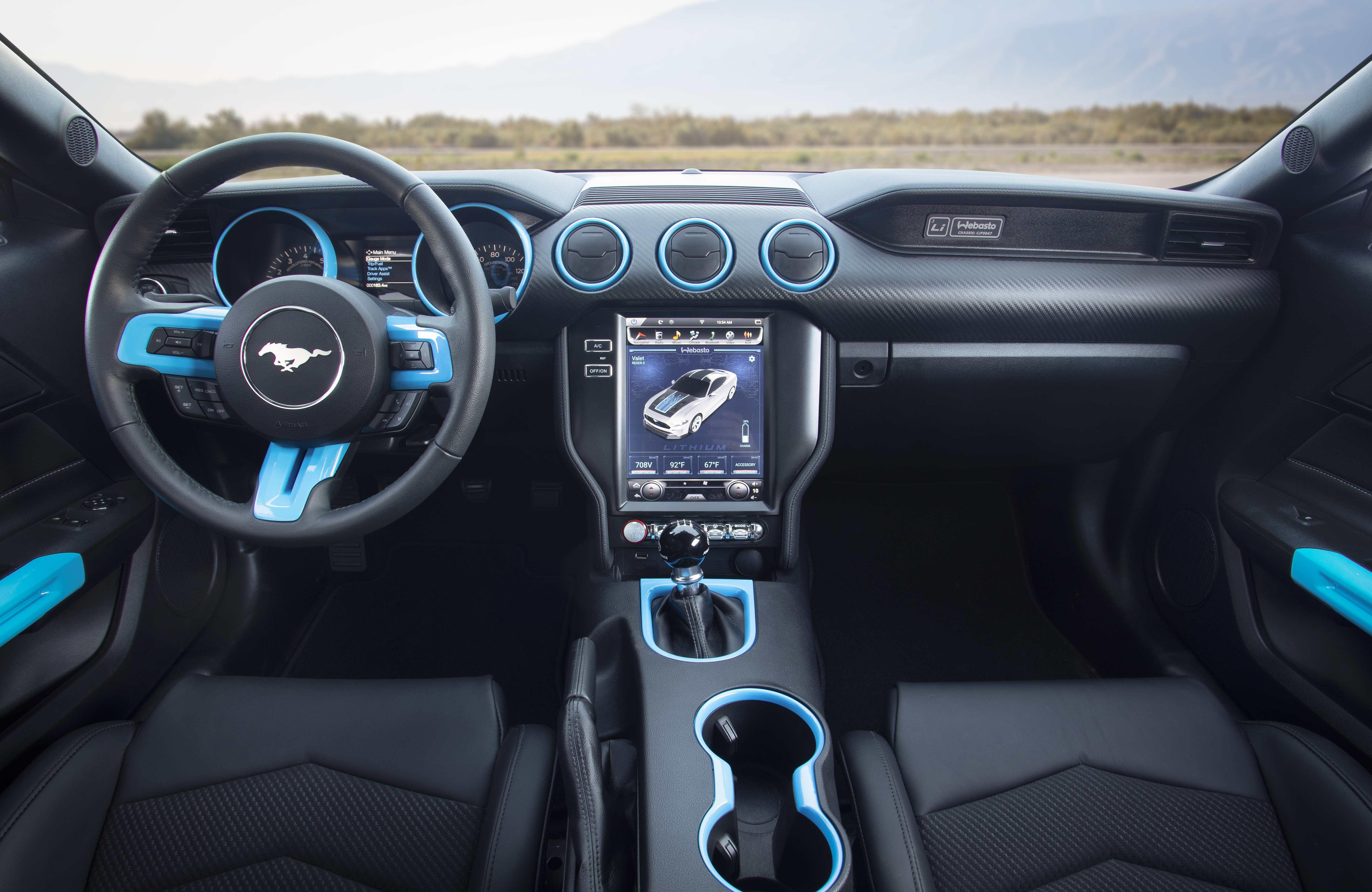 “Ford has made no secret of the fact that we are electrifying our most popular nameplates,” Hau Thai-Tang, Ford’s vhief product development and purchasing officer, said in a statement. “This one-off Mustang prototype is a great opportunity for us, together with Webasto, to showcase to our customers what a new electrified powertrain can do for performance in a car they already know and love.”

Ford historically backed hybrid technology. And while hybrids are still part of the mix, Ford has placed more emphasis on the development and production of all-electric vehicles. In 2018, the company said it will invest $11 billion to add 16 all-electric vehicles within its global portfolio of 40 electrified vehicles through 2022. That portfolio will include an all-new Mustang-inspired fully electric SUV in 2020 with a range of 300 miles, and an all-electric F-150 in a few years, according to Ford.

Ford unveiled in September at the Frankfurt Motor Show a range of hybrid vehicles as part of its plan to reach sales of 1 million electrified vehicles in Europe by the end of 2022.