FCC approves $4.9B in funding for rural broadband improvements 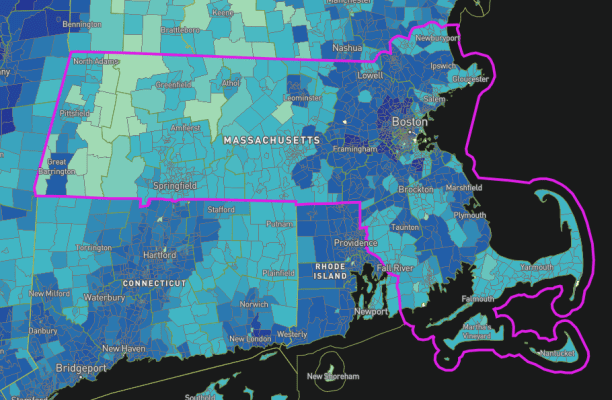 The FCC has just approved nearly five billion dollars in subsidies for rural broadband operators to be paid out over the next ten years. Recipients of this windfall will have to “maintain, improve, and expand” their broadband infrastructure, especially in underserved areas.

Carriers in 39 states, American Samoa, and many tribal lands will receive varying amounts of funding depending on the number of people they serve, the cost of providing that service, and so on. Naturally states with more people in rural areas receive more cash — you can see how your state made out in the chart below.

To be clear, this isn’t some spontaneous cash drop by the FCC; it has to decide how to distribute the funds it receives from fees and such, and one of the major efforts underway these days is improving rural broadband. But the specifics of how to disburse billions over a decade, who qualifies, how to verify their qualification and compliance with the terms — it’s a complex process and must be negotiated and approved, as this program eventually was.

It’s different, by the way, than CAF II and other funds, which are also directed at rural broadband but different methods, for example working directly with municipalities or contractors. I’ve asked the FCC for a bit more detail and will update if I hear back.

Rural carriers often have higher costs for deployment and maintenance, and have to pass that cost on to their subscribers. Considering rural broadband often has lower speed and reliability than urban connection, these poor folks end up paying more for less. The fund is meant to defray those costs, both for carrier and subscriber. If Uncle Sam is paying half the bill to roll out new fiber, that means the bottom line for Joe Six-Megabit goes down a bit too (ideally). Sure, it’s kind of trickle-down economics, but it doesn’t have to trickle far.

North and South Dakota are getting the lion’s share of the fund, with a combined $1.3 billion headed their way, and some 96,000 homes and businesses to be served. That’s an average of about $13,000 per site over ten years, or $114 per month per site. Sounds reasonable when you work it out that way — this isn’t just a subsidy but an investment.

Iowa, Minnesota, and Texas all are getting quite a bit as well, but don’t be jealous if you’re in, say, California, which is only getting $13 million over a decade to serve 1,300 new sites. There’s plenty of internet money swirling around California — it’s places that have more land than cash that the FCC needs to help out.