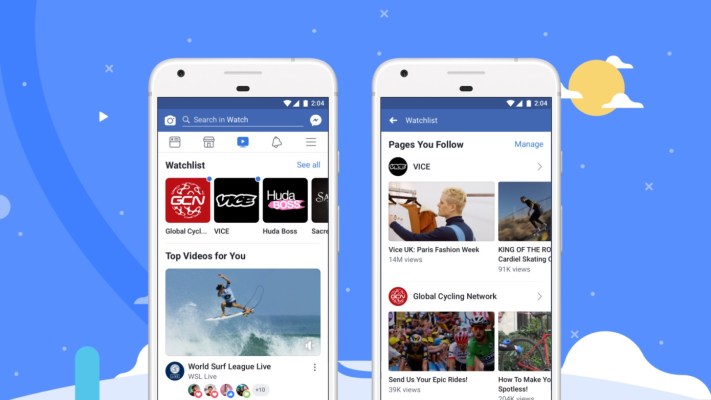 Facebook is sharing some new growth numbers around its video destination — namely, that Facebook Watch is now receiving more than 1.25 billion visitors every month.

The company isn’t saying specifically how those numbers have changed during the pandemic (when video services like Netflix have seen dramatic growth), but product lead Paresh Rajwat said there was “a really big surge” at the beginning of lockdown and social distancing, and that the surge has not subsided as society begins to reopen.

Facebook Watch launched in 2018. Back in June of last year, the company said that 720 million people were watching at least one minute of Watch content every month.

Rajwat noted that while Watch is built on “the social layer of Facebook,” with videos shareable across Facebook’s many products, the views are happening on Watch itself.

“It is super critical for us to have a destination,” he said, keeping videos from popular creators and publishers separate from the core Facebook experience of interacting with friends and family. “The moment we mix them together, it becomes a completely different product for people.”

Rajwat added that the company isn’t just looking at overall audience size. He argued that when you look at “the reactions and comments and shares” you can see that “the content we have is working.” (Advertisers have wondered about the true extent of audience engagement on Facebook Watch.)

Last year, as tech and media companies were all investing heavily to launch their own streaming services, we argued that Facebook’s efforts with unscripted shows and older content seemed pretty lackluster in comparison. But it sounds like the content that’s working on Watch isn’t the kind of thing that you’d find on Netflix or Disney+ — as Rajwat put it, “The angle we’ve taken is to focus more on content that is around social topics to drive conversations.” 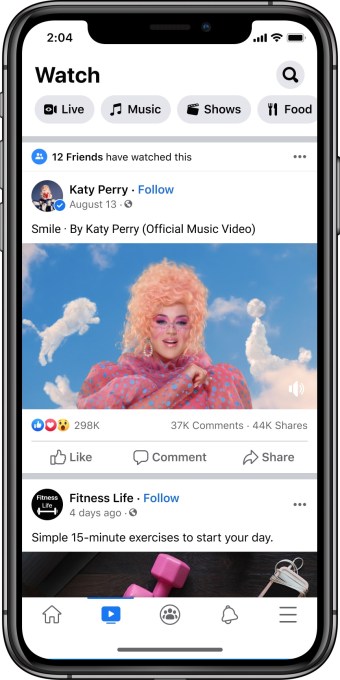 For example, there’s “Red Table Talk” from Jada Pinkett Smith and family, a talk show that made headlines over the summer for bringing Will Smith and Jada together to discuss their marital issues. Facebook plans to launch another version of Red Table talk in October, “Red Table Talk: The Estefans,” with Gloria Estefan, her niece Lily and her daughter Emily.

As another example of a successful original Facebook Watch show, Rajwat pointed to “Returning the Favor,” an Emmy-winning program where host Mike Rowe showcases everyday heroes.

Rajwat said that live programming has increased significantly during the pandemic. That includes live sports, with 13.7 million people watching the UEFA Champions League final, making it the most popular football broadcast ever on Facebook Watch. And Facebook recently announced that publishers and other businesses will be able to charge for access to live online events, with Facebook taking no fees for the next year.

The site also added licensed music videos over the summer, with Katy Perry premiering her music video for “Smile” exclusively on Facebook Watch, where it was watched by “millions” of fans. 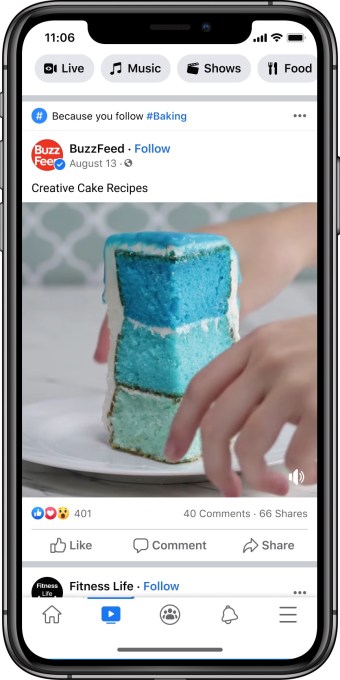 Looking forward, Rajat said that a big priority is making “more and more investment in showing people what they really are interested in.” To that end, users have already spotted that Facebook Watch is now allowing users to customize their feed by exploring and subscribing to different topics.

The 8th-generation iPad is already $30 off at Walmart

DC Universe will become a comics-only service on January 21st