British actress and climate activist Emma Thompson penned an op-ed for CNN on Tuesday demanding greater urgency from world governments and their leaders to address the “climate emergency we have created.”

The Academy-Award winning actress began her piece saying “warnings from scientists have gone unheeded by those who have the power to change course,” while “billions have been spent on misinforming the public and on lying about the truth of our situation.”

“Why? In order to protect the interests of the few who gain from the exploitation of the planet’s resources,” she wrote, in reference to the various oil firms and free-market lobbies such as the American Enterprise Institute calling for less stringent environmental regulations. 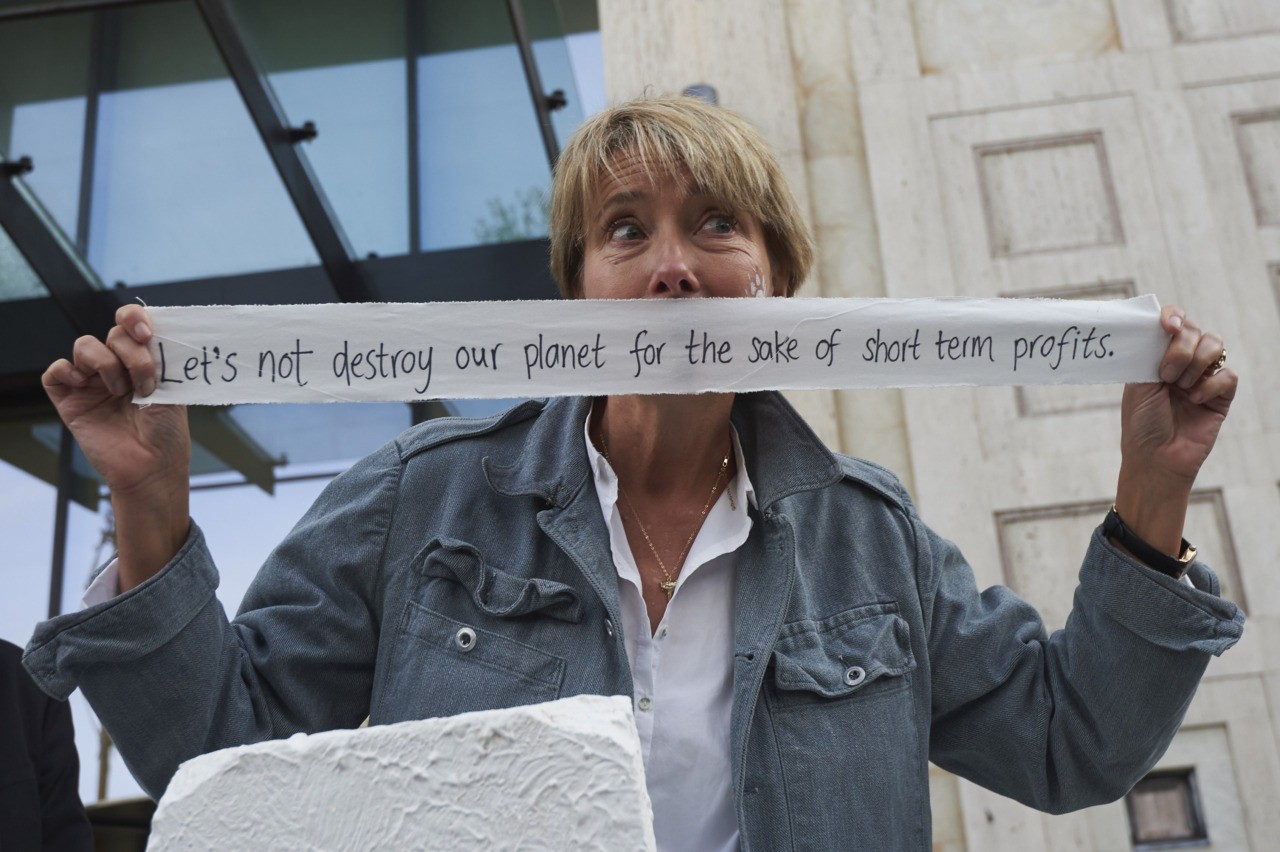 British actress Emma Thompson holds up a banner at a celebratory event outside the British headquarters of Shell by Greenpeace on September 29, 2015. (NIKLAS HALLE’N/AFP/Getty Images) 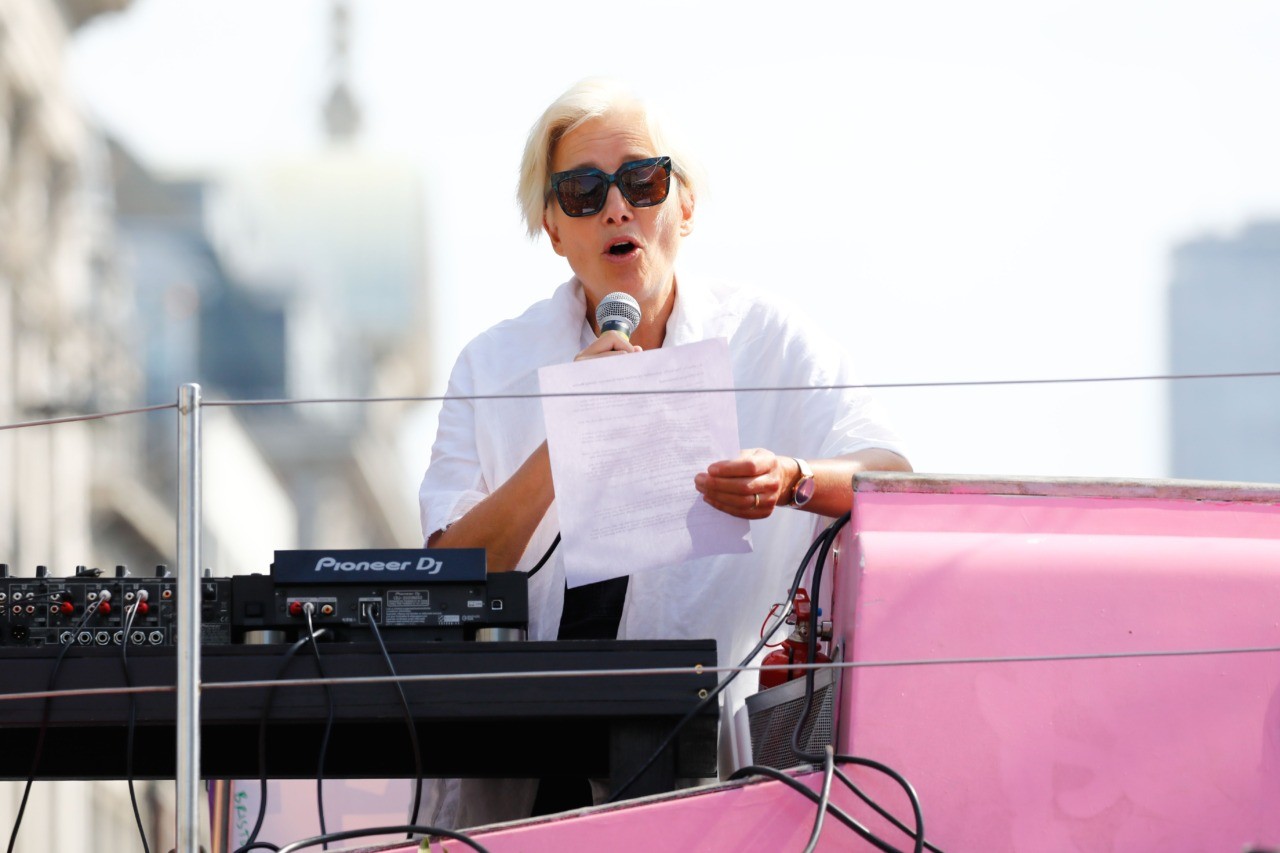 British actress Emma Thompson gives an address from the stage atop the pink boat to climate change activists occupying the road junction at Oxford Circus in central London on April 19, 2019 during the fifth day of an environmental protest by the Extinction Rebellion group. (TOLGA AKMEN/AFP/Getty Images)

The 60-year-old went on to argue that the U.S., China, and big business should work in tandem to address the issue, despite the fact that China produces almost double the carbon dioxide emissions of the United States.

“Big government and corporate power have to be harnessed. The US and China, the two most powerful nations and the ones that cause the most damage through their emissions, can lead the way. They will have to cooperate. This is a new politics — a system-change for nothing less than the survival of the planet and all life forms that exist upon it.”

Thompson, who is a longtime far-left activist, has previously faced allegations of hypocrisy after flying 5,400 miles to join in the “Extinction Rebellion” protests in London, where climate demonstrators wreaked havoc across the city’s roads and public transport systems demanding the creation of “Citizens Assembly” to achieve “climate and ecological justice.”