Elon Musk says next Hyperloop competition will be in a six-mile, curved tunnel 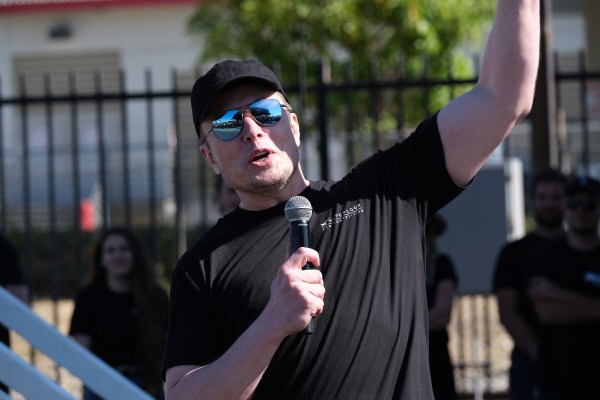 Elon Musk planning to change up the Hyperloop student engineering competition that his company SpaceX has run for the past four years. Next year’s competition will be done in a tunnel that’s over six miles long, the SpaceX CEO said on Twitter on Sunday, with a curve instead of being in a straight line like the current, 3/4-mile test tunnel at SpaceX’s Hawthorne HQ.

That’s a big change, and one that it’s unclear how and where SpaceX will make it happen, given that the current test tunnel can support likely an additional “200 meters” according to Boring Company President Steve Davis speaking at this year’s Hyperloop Pod Competition finals earlier on Sunday.

Davis and Musk discussed extending the tunnel on stage, but it sounded like they were planning a relatively minor extension next year, with Musk musing that they’d likely be able to build a longer, Boring company-dug tunnel about three years from now for use in the annual student challenge.

“I don’t think we’ll have a long enough, straight enough underground tunnel a year from now but I think three years from now we definitely will,” Musk said during a Q&A at the competition. “So figure three years from now, we’ll at least have a couple miles […] now then you can really move.”

“I think a tunnelling thing would be pretty exciting,” Musk said later in response to a follow-up question by one of the student team members on site. “Because as I just articulated the primary challenge is how do you tunnel effectively, especially how do you put in the reinforcing segments and get the dirt out effectively – it’s harder than it seems.”

Current digging technology can only manage a near-glacial pace, and Musk said that if we could get up to about one-tenth the speed of walking, or around a mile every three minutes, it would be a huge change in the feasibility of building a 3D network of underground transportation.

Based on his tweet later on Sunday evening, Musk has come up with a way to greatly increase the distance of the test tunnel, but based on his earlier comments about when we can expect to see a subterranean tunnel dug far and straight enough, it seems unlikely that the answer will be an underground tunnel just yet.