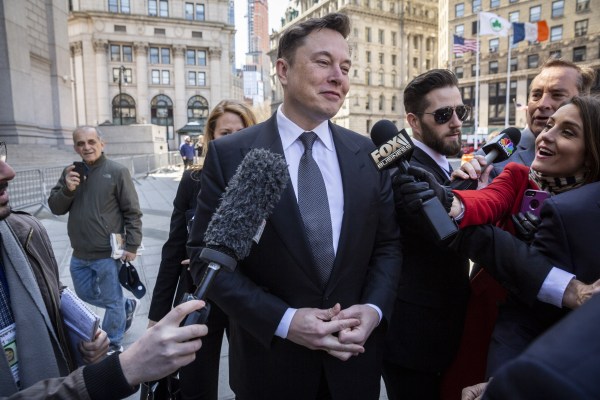 After a three-day trial, Elon Musk was found not liable for defamation in a federal court today in Los Angeles, where Musk reportedly owns a cluster of six homes as well as oversees the operations of both SpaceX and Tesla.

British diver Vernon Unsworth had brought the suit against Musk in the fall of 2018 after Musk tweeted that Unsworth was a “pedo guy,” meaning a pedophile. Why: after Musk and his employees developed what they called a mini-submarine or escape pod to save a children’s soccer team from a flooded cave in Thailand in July of 2018, Unsworth — a stranger to Musk and an experienced diver with knowledge of the cave — called the production a “PR stunt” when asked about the effort in an interview with CNN.

Musk could “stick his submarine where it hurts,” Unsworth told the reporter.

Unsworth brought the suit after Musk doubled down on his accusation, describing Unsworth as a “child rapist” in August 2018 emails to BuzzFeed. He claimed in court this week that since “being branded a pedophile” by Musk, he has felt “vulnerable and sometimes, when I’m in the U.K., I feel isolated.”

Unsworth — who in addition to being a diver is a financial consultant who divides his time between England and Thailand — was seeking damages from Musk to the tune of $190 million, including actual, assumed and punitive damages. Indeed, this week, his team tried to make the point that what he was seeking is a pittance for Musk, who was told to estimate his own net worth during the trial and guessed it to be roughly $20 billion, based on his Tesla and SpaceX holdings.

During the trial, Musk apologized repeatedly for the “pedo guy” tweet, saying that what he’d really meant was “creepy old man.” Musk’s attorney also defended Musk’s temper, telling Unworth at one point: “Do you believe Mr. Musk is so cold-hearted that he was sending over this sub with no regard for the children’s lives? . . . Are you willing to apologize to Mr. Musk for saying that it was just a PR stunt?”

Unsworth declined, saying his insult was “to the tube and not Mr. Musk personally.”

In the end, the court decided Musk’s outburst wasn’t meant as a statement of fact.

CNBC notes in a separate report that the verdict could “set a precedent where free speech online, libel and slander are concerned” as among the first court cases brought by a private individual over a tweet.

Whether it emboldens Musk is another question. Musk is an avid user of Twitter and this isn’t the first time tweets have landed him in hot water.

A tweet-related battle with the Securities and Exchange Commission last year ultimately cost Musk $20 million and his role as chairman of Tesla for at least three years.

As part of the settlement, Musk also agreed to a condition stipulating that he get pre-approval before sending social media posts containing information that is “material” to Tesla investors. In April of this year, the two sides struck an updated deal that narrowed the scope of what Musk can’t tweet about without first receiving outside approval.

Unsworth had reportedly fought not to cry during the trial, saying he was “effectively given a life sentence with no parole.” He said, “It feels very raw. I feel humiliated, ashamed, dirtied.”

Unsworth was among the rescuers who ultimately led the young soccer team to safety. He received an honorable mention from the Thai government along with 186 other people. Among them: Elon Musk.