Which next-gen console is best? Everyone has an opinion, and there’s technically no such thing as a “wrong” one, but there is such thing as an uninformed view. Popular streamer DrDisrespect has just that – an ignorant view on the PlayStation 5 and Xbox Series X.

In a recent stream, the good Doctor claims the PlayStation 5 is a much better choice than the Xbox Series X, “easy.” He claims Microsoft has “nothing going for them” and that they have to find a transition into next-gen. 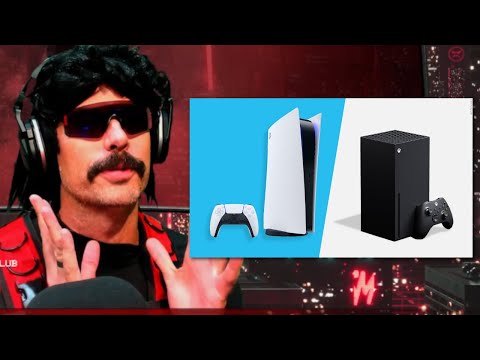 He then states Microsoft should “step away” from the console area and focus purely on game development.

I don’t know how someone could be more wrong.

Again, preferring the PS5 is fine. But this argument entirely disregards Xbox’s market approach, which is that of accessibility.

The Xbox Series S, a next-gen console, is $299 in a time of economic uncertainty. On top of this, the company is offering hundreds of games, including Bethesda’s lineup, for the same price as a Netflix subscription.

For $120 a year – less than the price of two full-priced PlayStation 5 games – you can play hundreds of next-generation titles with ray-tracing and at an upscaled 4k resolution. I don’t care who you are; that’s a fantastic value proposition.

While DrDisrespect certainly doesn’t need money, that value even translates to his PC-centric lifestyle with Game Pass for PC and xCloud. Who doesn’t want all of these games available without paying full price?

Those who want power can go for the Xbox Series X, priced at $499 like the PlayStation 5, and still experience a great value with Game Pass. PlayStation 5 will require expensive games on top of that initial investment.

The PlayStation is looking like a killer console, but to deny Xbox’s place in next-gen is merely wrong. DrDisrespect might not have a stake in the game, but his claims will undoubtedly affect those who do. Please don’t listen to his thoughts.

Buy whatever console works best for you. And for many, that choice will be the Xbox Series X with Game Pass.