It was a soft day for Dow Jones, as investors ignored stellar consumer confidence data to focus on a worrying uptick in New York City’s coronavirus infection rate and the potential fallout from tonight’s presidential debate between Joe Biden and Donald Trump.

The Nasdaq was the strongest of the major U.S. stock market indices, squeezing out a small gain as the Dow Jones and S&P 500 declined.

There was good news on the economic data front, as the Conference Board’s consumer confidence indicator soared above 100, well above forecasts of a slight increase to 89.2. Naturally, this is excellent news for the vital services industry, though it does seem disconnected from the more fragile readings from the Michigan consumer sentiment index.

Meanwhile, investors were concerned about an uptick in New York City’s virus infection rate (now above 3% again). It seems like New York City is in the early stages of another significant surge in cases.

In the video below, Governor Andrew Cuomo gives an update on the potential for an imminent shutdown of public schools: 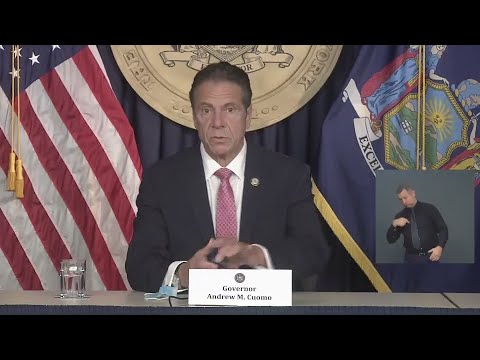 Unfortunately, this raises the probability of more economically damaging lockdowns, which leaves the stock market in a vulnerable position. ING economist James Knightley outlined these concerns in a recent report:

With Covid-19 cases on the rise again we can’t rule out the potential for renewed containment measures, such as those being re-introduced in Europe, which would be economically damaging. Also, with the election battle set to intensify as the first Presidential debate gets underway later today, the prospect of a deeply divisive election with the possibility of a delayed result could also all blur the outlook for spending.

Trump Vs. Biden Has Wall Street on Edge

The upcoming presidential debate is undoubtedly the first blockbuster event of the U.S. election cycle, with Joe Biden’s performance under scrutiny given Trump’s attacks on his mental capabilities.

Watch the video below for what to look out for in the upcoming event. 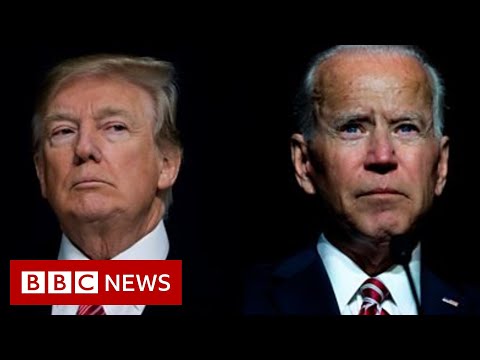 Wall Street appears to be surprisingly at peace with a Biden presidency, given his plans to hike taxes on the wealthy.

Concerns about Trump getting extremely tough on China in an unfettered second term is a potential worry for investors, mainly if this policy leaves to a surge in the value of the U.S. dollar. However, aggressive tariff policy has not stopped equity markets from repeatedly hitting all-time highs.

Congress is back to the negotiating table over stimulus, but whether the Dow bulls get the fiscal aid they want is still very much up in the air.

It was a choppy day for the Dow 30, as most of the index dropped. The weakest performer was oil giant Chevron, which lost around 3% as crude suffered a sharp 4% decline. After Boeing’s tremendous performance Monday, the company gave back some of its gains on Tuesday.

Meanwhile, Nike’s stock continues to be unflappable as investors pushed it more than 2% higher, once again within reach of all-time highs.

The only other member of the Dow making it meaningfully into positive territory was defensive consumer play Walmart, which rallied around 0.5%.