Sen. Bernie Sanders (I-VT) hosted a virtual town hall on coronavirus on Monday evening — but like rival Joe Biden, he found it difficult not to touch his face, as per medical guidelines.

The online meeting featured Rep. Priya Jayapal (D-WA), who introduced the House version of Sanders’s “Medicare for All” bill last year. (The bill eliminates private health insurance, among other provisions.)

Sanders was also joined by doctors and experts to discuss ways that policymakers could respond to urgent medical needs as a result of the coronavirus pandemic, as well as strategies for individuals to cope.

At one point, speaking with Dr. Rishi Desai about emergency medical care in underserved areas, Sanders clasped both hands to his mouth in a thoughtful posture. Later, he rested his face on his hand. 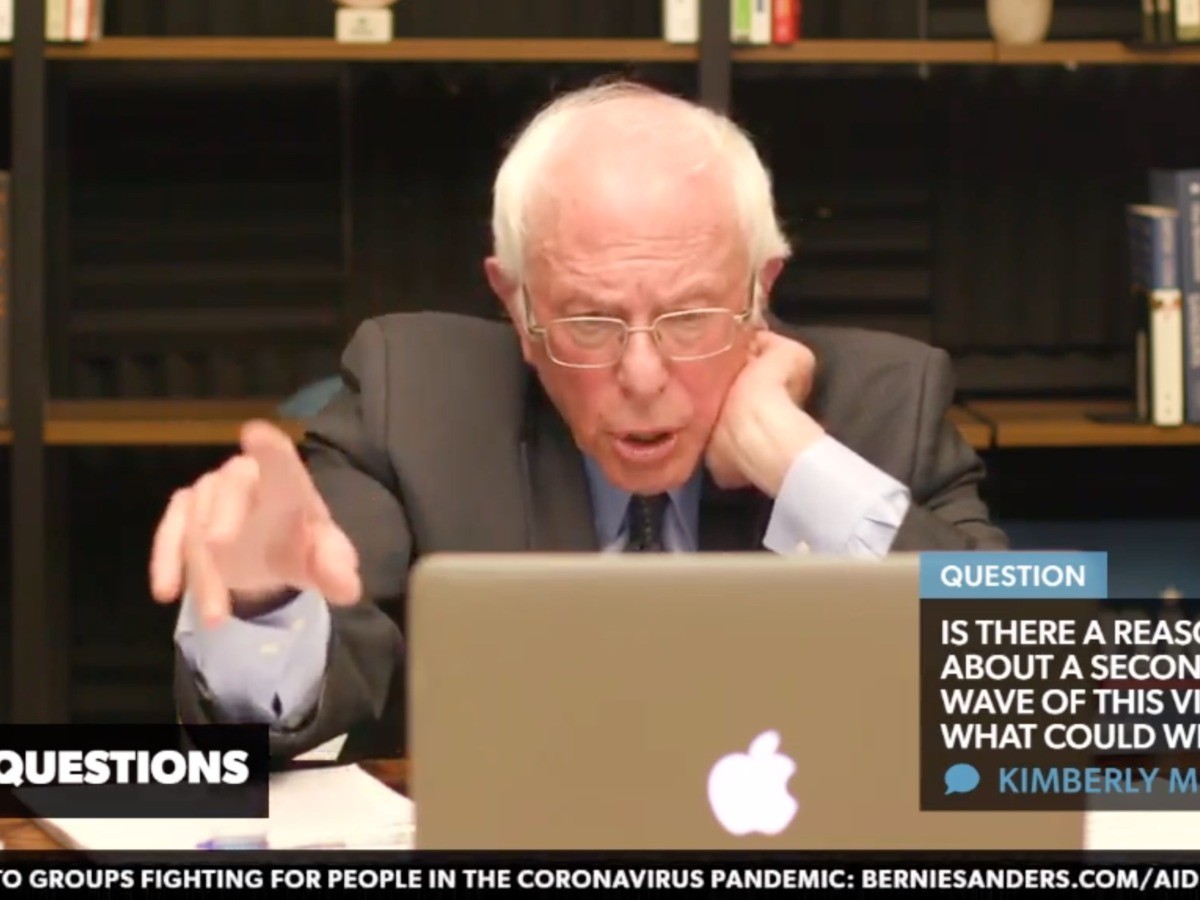 Biden has also been criticized for touching his face while on live interviews from his home. CNN’s Jake Tapper also corrected the former vice president earlier on Tuesday when he coughed into his hand instead of his elbow.

President Donald Trump was also criticized for shaking hands during a press conference earlier this month at which he declared a national emergency over coronavirus.

On Monday, Sanders told a reporter to back away from him, citing “social distancing” guidelines from the Centers for Disease Control.

Sanders, whose tech-savvy campaigns have live-streamed many events since 2016, guided Tuesday’s online discussion himself.

He said he did not want to politicize the issue, but said the coronavirus outbreak should prompt questions such as: “Why don’t we have health care as a human right?”.

Two weeks ago, Sanders called for President Donald Trump to be replaced by “experts” and Congress in handling the issue.

As of Tuesday evening, Congress had yet to pass emergency relief funding to help the economy through the crisis. Sanders missed a vote related to pending legislation on Sunday due to another livestream, and voted against cloture — which would move the bill toward a vote — on Monday.

Joel B. Pollak is Senior Editor-at-Large at Breitbart News and the host of Breitbart News Sunday on Sirius XM Patriot on Sunday evenings from 7 p.m. to 10 p.m. ET (4 p.m. to 7 p.m. PT). He earned an A.B. in Social Studies and Environmental Science and Public Policy from Harvard College, and a J.D. from Harvard Law School. He is a winner of the 2018 Robert Novak Journalism Alumni Fellowship. He is also the co-author of How Trump Won: The Inside Story of a Revolution, which is available from Regnery. Follow him on Twitter at @joelpollak.