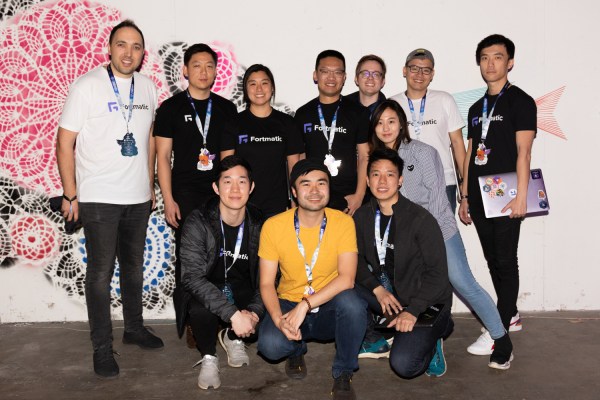 For developers looking to quickly build identity management into their platforms, the most readily available options don’t stray far from the internet’s biggest, most data-hungry platforms.

Magic, a small SF startup building a decentralized blockchain-based identity solution, wants to create a seamless experience that feels similar to login workflows from apps like Slack and Medium where users are sent a link to that they can click to immediately log-in. Magic’s SDK allows developers to craft similar experiences to Medium and Slack without building them from scratch, leveraging authentication via blockchain key pairs that allows users to securely log-in across devices.

“Our identity these days is mostly controlled by Facebook and Google, what’s cool about this identity solution is that it’s a decentralized identity,” Magic CEO Sean Li says.

The startup is launching out of stealth, rebranding from its previous company name Fortmatic,  and announcing that they’ve raised $4 million in a seed funding round led by Placeholder. A host of other investors participated in the company’s funding, including Lightspeed Ventures, SV Angel, Social Capital, Cherubic Ventures, Volt Capital, Refactor Capital, Unusual Ventures, Naval Ravikant, Guillermo Rauch, and Roham Gharegozlou.

Li has largely sought to minimize the blockchain aspect of the company’s tech in an attempt to keep the appeal more mass market, but Magic’s early customers are largely in the blockchain world, specifically Ethereum applications. The company is free for customers with less than 250 users, and past that subscription pricing scales from a $79/mo plan to custom pricing for full white-labeled enterprise roll-outs with custom integrations. Li says the Magic platform is SOC 2 compliant.

In the company’s security documentation, they note that any user keys completely bypass Magic servers and are stored encrypted on AWS’s Key Management Service, ensuring that Magic never sees private user keys. The company is currently building out their SDK to support authenticator apps and hardware-based authentication through YubiKeys

“One big difference that we have compared with something like Medium, is if you’re trying to log into your laptop and click on the link on your phone, you’d be logged in on your phone and that’s not the ideal place to edit an article,” Li says. “But with our Magic link login you’re logged into the laptop and you can click your magic link from anywhere.”