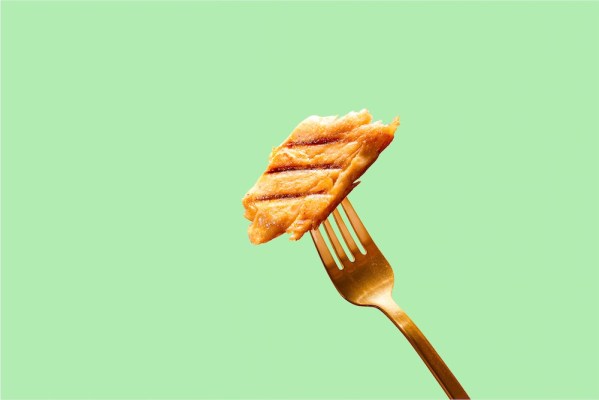 Anyone who wants to eat a meatless burger has plenty of options — but what if you want to be a little healthier?

“We’re not here to be a gimmick, we’re here to be part of your life every day,” said Daring Foods co-founder and CEO Ross Mackay. “There’s a big need for plant-based food that’s actually healthy.”

The company started selling the first version of its Daring Pieces product in the United Kingdom at the beginning of this year.

Today, it announced that it has the backing of Rastelli Foods Group, a major U.S. food company supplying hotels, restaurants, retail markets and other commercial customers. In fact, Rastelli has committed $10 million to Daring, an investment that combines cash with infrastructure, sales and distribution support.

With Rastelli’s backing, Daring plans to launch in the United States in February, selling directly to consumers through its website, and also to restaurants and retailers. It sounds like the startup is committed to the U.S. market, and is shifting its headquarters from Glasgow to New York.

I had a chance to try Daring Pieces for myself, when Mackay cooked a light lunch for me earlier this month. He heated them on a pan with no extra seasoning, and they were ready in about eight minutes. He even encouraged me to eat it with my hands, to feel how Daring Pieces have the texture of real chicken.

As a vegetarian, I’m not exactly an authority on chicken, but I thought it tasted pretty close to the real thing. I even brought another portion home and cooked them for dinner a couple nights later.

Mackay is vegan himself, but he said his target audience is meat-eaters who are looking to a more plant-based diet. By focusing on chicken and white meat, he’s hoping to create what he calls a “second generation” of plant-based meat products — healthier than the first, and therefore a bigger part of everyday diets.

Plus, with Daring Pieces you don’t feel like you’ve had a heavy meal, and you can be comfortable knowing that there aren’t a bunch of artificial ingredients.