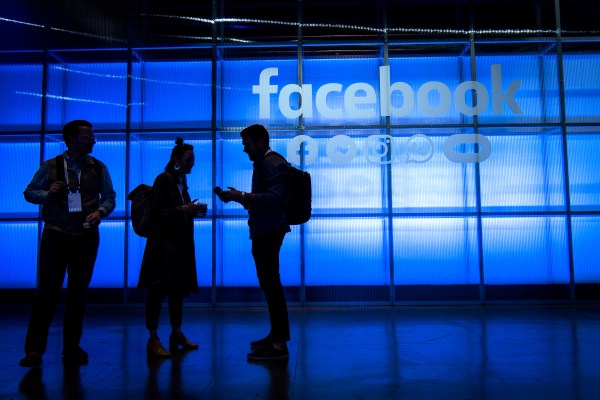 Auditors were not impressed by Facebook’s civil rights work, Tinder tests video chat and a new nasal spray could reduce the risk of COVID-19 transmission. Here’s your Daily Crunch for July 8, 2020.

The results are out in a multi-year audit of Facebook’s approach to civil rights issues. In recent weeks, as the company has faced an advertiser boycott over some of these same issues, executives have pointed to the audit as a sign that it’s taking civil rights concerns seriously. But the findings aren’t exactly positive.

“While the audit process has been meaningful and has led to some significant improvements in the platform, we have also watched the company make painful decisions over the last nine months with real world consequences that are serious setbacks for civil rights,” wrote former ACLU director Laura W. Murphy and attorneys from law firm Relman Colfax.

Meanwhile, Facebook executives met with the leaders of the boycott yesterday, but it sounds like little progress was made, with Color of Change President Rashad Robinson criticizing the company for “expecting an A for attendance.”

Tinder now testing video chat in select markets, including US — The feature will allow Tinder users to go on virtual dates when both of them opt-in (something that’s probably a lot more appealing during the current pandemic).

Slack snags corporate directory startup Rimeto to up its people search game — With this acquisition, Slack could potentially improve the experience of searching for employees across a company.

Microsoft makes Teams video meetings less tiring with its new Together mode — Instead of presenting all the attendees as little squares, Together mode shows them sitting together in an auditorium. Although it sounds silly, Microsoft says this is actually easier for the brain to process.

Harvard biomedical engineering professor to launch nasal spray that could reduce COVID-19 transmission risk — The product is called FEND, and the startup Sensory Cloud plans to release it in September.

What India’s TikTok ban means for China — Manish Singh discusses how a recent order from the Indian government is shifting the market in favor of local companies.

As media revenue struggles, subscription startups see growth — It’s not exactly a rosy picture for media startups, but there have been some promising subscription success stories.

Ford’s Bronco relaunch demonstrates the power of nostalgia — Even if you don’t care about the Bronco, this week’s rollout has been a master class in how companies can use nostalgia for marketing.

(Reminder: Extra Crunch is our subscription membership program, designed to democratize information about startups. You can sign up here.)

Trump’s sudden reversal on student visas will be felt in Silicon Valley — With international students no longer allowed to stay in the U.S. if their universities move their courses entirely online, there could be a big impact on technical talent and innovation.

The tech industry comes to grips with Hong Kong’s national security law — We interviewed a range of players to get a sense of what the new law will mean for internet freedom and entrepreneurship.