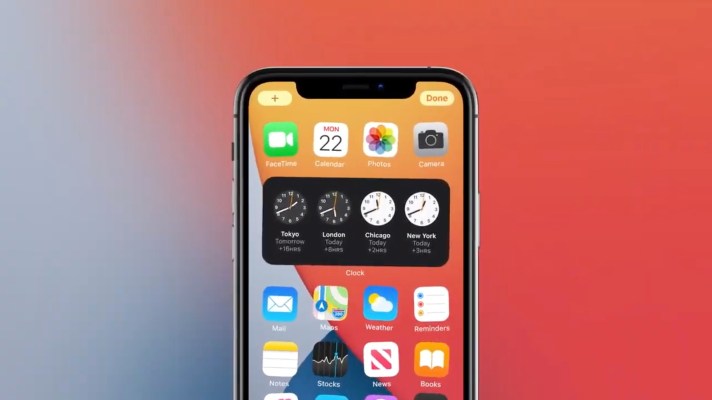 A beta version of Apple’s latest mobile operating system is available to the public, Coinbase may go public and researchers discover a frightening smartwatch vulnerability. Here’s your Daily Crunch for July 9, 2020.

Developers are no longer the only ones who can try out the newest version of Apple’s mobile operating system — beta versions of iOS 14 and iPadOS 14 are now available to the general public.

Romain Dillet has already been playing around with the new iOS, and he said the biggest change is a rethinking of the home screen, with widgets that can be stacked and flipped, along with an App Library that groups all the apps on your phone by category.

Apple says it’s ‘committed’ to supporting Thunderbolt on new Macs after Intel details latest version — “We remain committed to the future of Thunderbolt and will support it in Macs with Apple silicon,” Apple said.

Coinbase reported to consider late 2020, early 2021 public debut — The cryptocurrency exchange platform may be considering a direct listing instead of a traditional IPO, according to Reuters.

Kernel raises $53 million for its non-invasive ‘Neuroscience as a Service’ technology — The startup says it has created non-invasive technology for recording brain activity.

TikTok likes and views are broken as community worries over potential US ban — As of this afternoon, the company said a fix was in progress.

VCs are cutting checks remotely, but deal volume could be slowing — In a new survey from OMERS Ventures, 69% of VCs said they were willing to make a fully remote investment, but most of them haven’t actually done so.

As the pandemic drags on, interest in automation surges — Brian Heater looks at some of the ways COVID-19 may permanently alter the job market.

Smartwatch hack could trick patients to ‘take pills’ with spoofed alerts — The vulnerabilities were found in SETracker, a cloud system that powers smartwatches and vehicles.