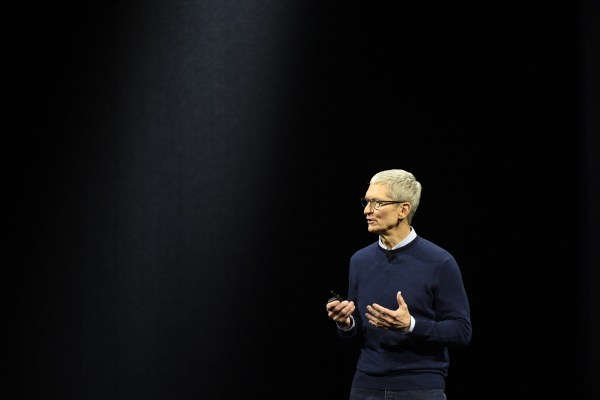 Apple says it’s going fully carbon neutral by 2030, Spotify adds video to its podcast strategy and the U.S. charges two alleged Chinese spies in what it describes as a global hacking campaign. Here’s your Daily Crunch for July 21, 2020.

Apple announced today that it plans to make its entire business — including its supply chain and resulting products — carbon neutral by 2030. This strategy includes reducing emissions from the production process, removing carbon from the atmosphere and working with renewable energy suppliers.

In addition to its climate change-focused announcement, Apple said it’s launching an Impact Accelerator that invests in minority-owned businesses.

“Systemic racism and climate change are not separate issues, and they will not abide separate solutions,” VP Lisa Jackson said in a statement. “We have a generational opportunity to help build a greener and more just economy, one where we develop whole new industries in the pursuit of giving the next generation a planet worth calling home.”

Spotify launches video podcasts worldwide, starting with select creators — Spotify says its users will be able to seamlessly move between the video version and the audio of a podcast.

Instagram is testing a ‘Personal Fundraiser’ feature — Instagram says all fundraisers will be first vetted to ensure they meet the existing guidelines and rules.

Gett raises $100M more to double down on its B2B on-demand ride business — The company says its B2B business has been growing in the midst of the global health pandemic.

Robinhood, the stock trading app, postpones UK launch ‘indefinitely’ — “As a company, we are refocusing our efforts on strengthening our core business in the US,” a spokesperson said.

Diaspora Ventures wants to invest in French founders with a global mindset — Founders Ilan Abehassera and Carlos Diaz grew up in France but have been in the U.S. for more than a decade.

The future of work is human — Human Ventures CEO (and former TechCrunch CEO) Heather Hartnett says her firm is calling for entrepreneurs who are building companies that reimagine the way we work.

Edtech startups flirt with unicorn-style growth — How will a boost in later-stage funding affect the edtech landscape?

All B2B startups are in the payments business — BlueSnap’s Jeff Coppolo argues that whether they know it yet or not, B2B tech platforms are becoming payments companies.

US charges two Chinese spies for a global hacking campaign that targeted COVID-19 research — The 11-count indictment alleges that Li Xiaoyu and Dong Jiazhi stole terabytes of data from high-tech companies around the world.

NBCU’s Peacock streaming service hits 1.5M app downloads in first 6 days — That’s 25% more than the 1.2 million installs Quibi saw during the same period post-launch in the U.S., but only 12% of the 13 million downloads Disney+ generated within its first six days, according to Sensor Tower.