Daily Crunch: A big funding round for Boll & Branch 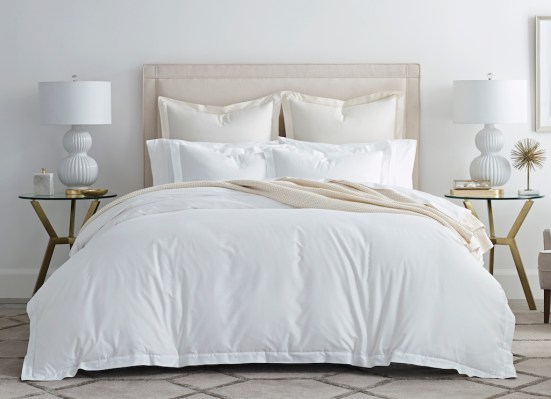 The company sells sustainably sourced sheets, pillows, mattresses and towels. Until now, it had only raised $12 million in outside capital.

This new funding comes from L Catterton. CEO Scott Tannen compared Boll & Branch to the firm’s previous investments The Honest Company and Peloton — companies that “have become the winner in the startup competition” and are ready to “really become household names.”

2. Nvidia and VMware team up to make GPU virtualization easier

Nvidia today announced that it has been working with VMware to bring its virtual GPU technology to VMware’s vSphere and VMware Cloud on AWS.

Founded by three Tsinghua University graduates in 2011, Megvii is among China’s leading AI startups, with its peers (and rivals) including SenseTime and Yitu. Its clients include Alibaba, Ant Financial, Lenovo, China Mobile and Chinese government entities.

4. Watch the first look at ‘Star Wars: The Rise of Skywalker’ from Disney’s big fan event

This video goes really heavy on the nostalgia.

The Boeing-built X-37B space plane commissioned and operated by the U.S. Air Force has now broken its own record for time spent in space. Its latest mission has lasted 719 days as of today.

6. Is Knotel poised to turn WeWork from a Unicorn into an Icarus?

Knotel has reversed the WeWork “co-working” model. Instead of “WeWork” branding everywhere, Knotel simply leases buildings, takes a small office for its staff and then kits out the space in a way where a company can just move straight in and call it their own. (Extra Crunch membership required.)

John Vrionis of Unusual Ventures joins Equity to talk about why he thinks “stage-agnostic” investing doesn’t make any sense. And on Original Content, we review the Netflix movie “The Red Sea Diving Resort.”