Music is a vital part of our daily lives. Beats pouring out of speakers, headsets, and across crowds set the tone for much of our routine. Yet, we often demand free content from artists, never thinking of the work that went into making even the simplest song. Streaming platforms like Spotify have formed a bridge between piracy and traditional sales models, but artists who don’t bring in millions of views per month are unable to make minimum wage – much less live comfortably while producing their music. 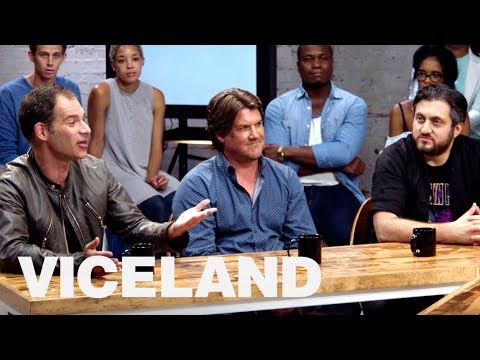 Artists who aren’t wrapped up in record deals make more per sale and stream, but their likelihood of success is lower and time investment is much higher. They have to manage their own production, marketing, distribution, and release more songs. Though this process is easier now more than ever thanks to cheaper equipment and cheap or free software, the industry is also much more competitive.

Everyone has hundreds of businesses and individuals vying for their attention throughout the day, and let’s face it, we are busier than ever. Indie artists may hold our attention for a week, but they tend to quickly fade from mind unless they demand a continued focus with constant new content.

We Crave Music, But We Don’t Want to Pay for It

Our insatiable demand for music is reflected in the number of subscribers across music streaming platforms and records purchased. In the last year, Spotify achieved their goal of 200 million Monthly Active Users (MAUs)–about 97 million of those users are subscribed to Spotify Premium, according to their Q4 annual report.

In conjunction with the rising demand for streaming services, however, users are beginning to shy away from purchasing records, a primary source of income for artists of all sorts. After all, why buy the CD or audio file when you can have the songs on demand? It just doesn’t make any sense to buy it. With Spotify Premium, you can even play songs offline.

So if some artists are starving, why do they keep facilitating the cycle? A simple explanation is: they don’t have a lot of other options yet. Record labels, middlemen (e.g. distributors, marketers, etc.), and middleware platforms (e.g. iTunes, Spotify, Pandora, etc.) take up as much as $0.85 on the dollar for music interactions.

Artists like Taylor Swift have lashed out at the negative practices for several years, culminating in Swift removing her music catalog from Spotify in 2014, only to return in 2017. Spotify tweeted the following the break-up.

We hope she’ll change her mind soon. In the meantime, check out ‘What To Play While Taylor’s Away’ – http://t.co/6lRd0yiKBs #justsayyes

Artists are paid an average of $0.00397 per song stream on Spotify according to DigitalMusicNews. This means that artists must have an average weekly stream count of 352,644 in order to make $1,400 per week. According to TechCrunch, Spotify and Pandora pay more than 70% of their earnings to record labels.

With an average song duration of just three-and-a-half minutes, Spotify users only contribute an average stream count of 429 songs per month—based on an average monthly usage time of 25 hours. If a single Spotify user listened to only one artist for their entire month, they would only give $1.70 to their favorite musician.

Music Industry Challenges That Can Be Addressed with Crypto and Blockchain

Some new crypto projects have been conceived in order to resolve the issues which plague the music industry. Until around 2015, the music industry was in a substantial decline. A combined effort from Spotify, Pandora, Apple Music, and other streaming services alongside both indie and large record labels helped change that, but artists aren’t the ones reaping the proceeds.

Several cryptocurrency projects are working toward decentralized royalties and copyright databases which allow artists to be reimbursed the second a song has been played. I’m not naming specific projects in order to avoid endorsing any of them, but there are a ton of “musictech” projects floating out in the cryptospace—and some of them pay as much as 85 percent in royalties directly to the artist.

Superstar artists who paved the way for modern streaming platforms are reaping the benefits of early adoption while others who were unable to stand out are at a point which can allow them to bathe in the glow of disruption. Artists in the new era need new ways to make money.

Much like in esports, where content creators have had to find new ways to stand out and earn money, musicians must do the same. Artists may find the following ideas helpful as some crypto-based musictech projects approach fruition:

Most of these ideas can be implemented with pre-existing smart contract and blockchain technology. They key here is disintermediation—taking out the middlemen—and decentralization—sharing databases so the royalties “black box” ceases to exist. These royalties account for approximately $2.5 billion and over 47 million “Author Unknown” claims to the US Copyright Office since 2016.

If you can’t make a reasonable amount, stop whining and do something different or stop wasting your time on it. The modern age is rife with opportunity to control your own life, and the competition only gets harder from here. The world seeks out what they want as cheap as possible. Businesses want to make as much money as they can for minimal effort.

Set yourself apart by doing something different or you won’t see a difference. Crypto-oriented startup platforms are a great way to get in early and work toward success. You have to do your own research to find the right platform(s) for your needs.

Disclaimer: The views expressed in the article are solely those of the author and do not represent those of, nor should they be attributed to, CCN.com. The author owns a small amount of BTC and ETH.