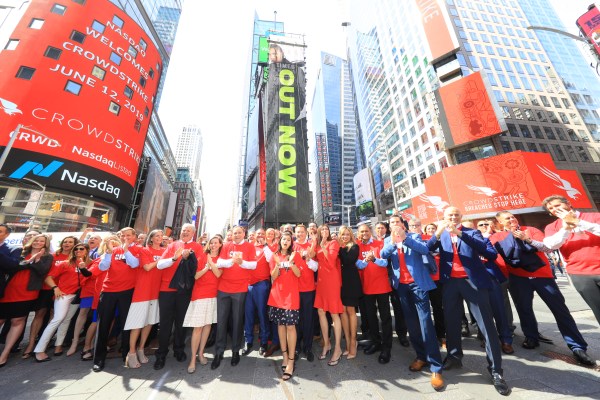 CrowdStrike, a cybersecurity business focused on endpoint protection, posted revenues of $96.1 million on GAAP net losses of $26 million in the first quarter of fiscal year 2020, according to the company’s first-ever earnings report released Thursday following its $612 million NASDAQ initial public offering in June.

The company’s revenue shot up 103% from the same period last year, with subscription revenue increasing 116% increase to $86 million. CrowdStrike’s stock price has continued to rise since the company priced its shares at $35 apiece last month, trading Thursday at nearly $82 per share after-hours.

The security enterprise expects full-year losses of 72 to 70 cents per share on more than $430 million in revenue.

“We are pleased with the strong start to the year,” CrowdStrike chief executive officer and co-founder George Kurtz said in a statement. “As the pioneer of cloud-native endpoint security, CrowdStrike provides the only endpoint protection platform built from the ground up to stop breaches, while reducing security sprawl with its single-agent architecture. Our continued innovation strengthens our category leadership in the Security Cloud and positions us as the fundamental endpoint platform for the future.”

Kurtz began work on Sunnyvale-based CrowdStrike in 2012 after beginning his career as a CPA at Price Waterhouse, writing a book on internet security titled “Hacking Exposed: Network Security Secrets & Solutions,” then launching FoundStone, which sold to McAfee in 2004 in a deal worth $86 million. Kurtz then spent the next seven years as a general manager at McAfee, eventually becoming chief technology officer.

We chatted briefly with the CrowdStrike chief just after he rang the Nasdaq opening bell last month. You can read the full conversation here.