Cloud spending said to top $30B in Q4 as Amazon, Microsoft battle for market share 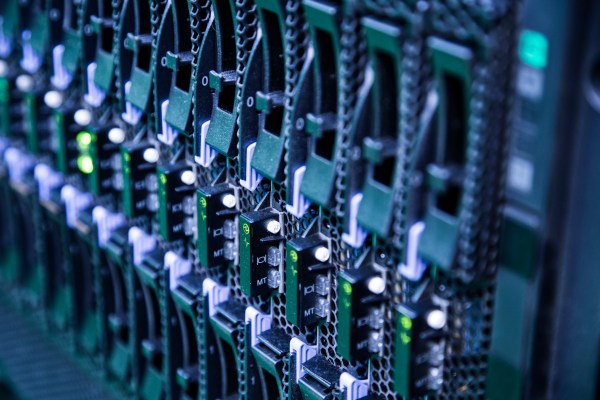 We all know the cloud infrastructure market is extremely lucrative; analyst firm Canalys reports that the sector reached $30.2 billion in revenue for Q4 2019.

Cloud numbers are hard to parse because companies often lump cloud revenue into a single bucket regardless of whether it’s generated by infrastructure or software. What’s interesting about Canalys’s numbers is that it attempts to measure the pure infrastructure results themselves without other cloud incomes mixed in: 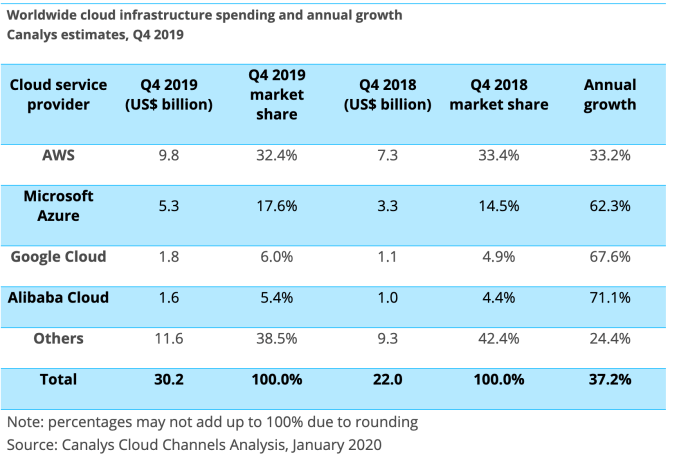 As an example, Microsoft reported $12.5 billion in total combined cloud revenue for the quarter, but Canalys estimates that just $5.3 billion comes from infrastructure (Azure). Amazon has the purest number with $9.8 billion of a reported $9.95 billion attributed to its infrastructure business. This helps you understand why in spite of the fact that Microsoft reported bigger overall cloud earnings numbers and a higher growth rate, Amazon still has just less than double Microsoft’s market share in terms of IaaS spend.

Part of the reason for that is because Microsoft is growing at close to twice the rate as Amazon — 62.3% versus Amazon’s 33.2%.

Meanwhile, number-three vendor Google came in at $1.8 billion for pure infrastructure revenue, good for 6% of the market, up from 4.9% a year ago on growth rate 67.6%. Google reported $2.61 billion in overall cloud revenue, but that included software. Despite the smaller results, it was a good quarter for the Mountain View-based company.