China nears completion of its GPS competitor, increasing the potential for Internet balkanization 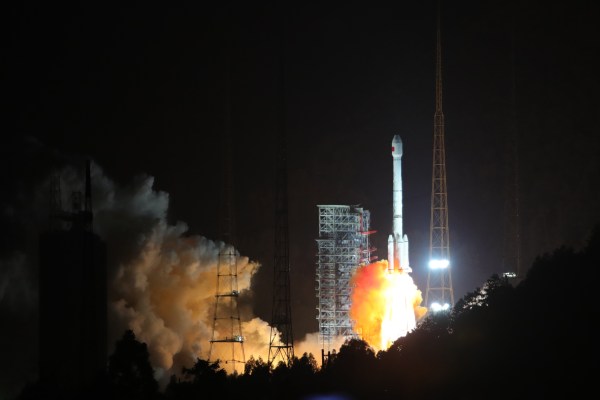 On Friday, China announced that it would complete its competitor to the U.S.-operated global positioning system network by the first half of next year, increasing the pace of its decoupling from U.S. technologies.

China’s Beidou network of satellites — named after the “Big Dipper” constellation — will be the first service to compete with the U.S. Air Force’s global positioning system and already has a potentially massive user base since over 70% of Chinese smartphones are now ready to use its positioning services, according to a report in the Nikkei Asian Review.

China plans to launch the final two satellites needed to make the Beidou system operational by June 2020, according to a statement from the project’s director, Ran Chengqi quoted by The Associated Press.

Envisioning a system where China’s global positioning system and fifth generation wireless networking technologies work in tandem, China could command a lion’s share of the market for new telecommunications services.

A test of how these technologies could work in tandem is being developed in Wuhan, where both 5G and Beidou’s mapping technologies will be used to create an autonomous vehicle testbed on a 28 kilometer stretch of road.

Beidou already has 120 partners signed up to work with the service — all linked to agreements made under China’s expanding Belt and Road infrastructure initiative, according to Nikkei.

Chinese smartphone manufacturers accounted for over 40% of sales worldwide as of the second quarter of 2019, the latest data from Counterpoint Research shows.

China’s GPS href=”https://www.bbc.com/news/technology-45471959″> rolled out in phases beginning with a domestic service launched in 2000 and a regional service for Asia Pacific coming online in 2012.

By 2020 the nation’s network of 35 satellites will exceed the U.S. system that’s currently in place.

“There is certainly an aspect of this that is about expanding influence, but part of it is likely also about economic security,” Alexandra Stickings, from the Royal United Services Institute for Defense and Security Studies, told the BBC last year. “The main advantage of having your own system is security of access, in the sense that you are not relying on another country to provide it. The US could deny users access over certain areas, for example in times of conflict.”

Space is an area of strategic importance for the Chinese government. The country has already achieved significant milestones including quantum communications powered by its space capabilities and the first human exploration of the far side of the moon. And current plans are in place for China to send a probe to Mars in 2020 as it prepares to complete a space station by 2022.

It’s against this backdrop of increasing activity in space — even as tensions mount terrestrially — that the U.S. created the latest branch of its armed forces under the moniker of the Space Force.

Citing Chinese state media, the Nikkei Times reported that the value of goods and services tied to Beidou will reach $57 billion by 2020. The figure itself is nebulous, but points to the kind of economic power Beijing hopes to yield through the new satellite positioning service.

The development of these alternative internet realities matters a great deal.

As Eric Schmidt, the former chief executive officer of Google — and no stranger to the operations of Chinese technology companies —  noted last year at a private dinner (first reported by CNBC):

“[The] Chinese Internet is a greater percentage of the GDP of China, which is a big number, than the same percentage of the US, which is also a big number. If you think of China as like ‘Oh yeah, they’re good with the Internet,’ you’re missing the point. Globalization means that they get to play too. I think you’re going to see fantastic leadership in products and services from China. There’s a real danger that along with those products and services comes a different leadership regime from government, with censorship, controls, etc. Look at the way BRI works – their Belt and Road Initiative, which involves 60-ish countries – it’s perfectly possible those countries will begin to take on the infrastructure that China has with some loss of freedom.”