Can carbon capture save the world from climate change? Jennifer Holmgren will tell us at Disrupt 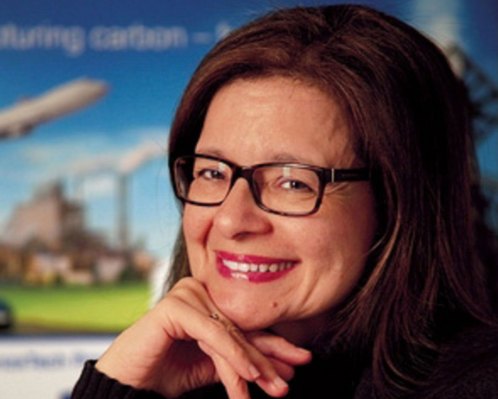 Before she became the chief executive officer of LanzaTech, one of the first generation of companies working on carbon capture and conversion technologies, Jennifer Holmgren was the general manager of the Renewable Energy and Chemicals business at UOP (which stands for Universal Oil Products).

That division of Honeywell, the $115 billion dollar industrial conglomerate, was responsible for developing most of the early alternative fuels for the aviation industry and reflects Holmgren’s longtime interest in making existing chemicals and fuels more sustainable.

Now the world is on the precipice of climate disaster and companies that provide alternative, zero carbon sources of fuel and feedstock for chemicals are front and center in the fight to mitigate the worst impacts of global warming.

The suffering caused by the global COVID-19 pandemic has sent the global economy into a tailspin and has reshaped vast swaths of the global economy and the oil industry is no different. Demand for oil has cratered and new work patterns have remade cities in a less energy intensive ways. In Europe, coming legislation will force countries to further decarbonize.

So where does this leave the energy industry and alternative sources of fuels that are based on carbon capture technologies?

These and other questions will be on the agenda at Disrupt 2020 from September 14-18 when Holmgren sits down to talk about her business with LanzaTech, the recent spinoff of LanzaJet to make alternative jet fuels, and the other products in the company’s pipeline.

With nothing less than the future of the energy industry on the table, the discussion with Holmgren is sure to be interesting.

And her company is uniquely positioned to tackle the challenges. Since its launch in 2007 LanzaTech has raised $276.3 million in financing from investors including Khosla Ventures, Novo Holdings, the investment arm of the Novo Nordisk life sciences conglomerate, and the sovereign investment fund of the New Zealand government, the NZ Superfund.

LanzaTech has already been rewarded for its efforts — receiving the U.S. Environmental Protection Agency Presidential Green Chemistry Award and Holmgren, herself, received the BIO Rosalind Franklin Award for Leadership in Industrial Biotechnology and the Outstanding Leader Award in Corporate Social Innovation from the YWCA Metropolitan Chicago. She was named most influential leader in the Bioeconomy by Biofuels Digest in 2017 and received the Digest Global Bioenergy Leadership Award in 2018.

Disrupt 2020 runs from September 14 through September 18 and will be 100% virtual this year. Get your front row seat to see Holmgren live with a Disrupt Digital Pro Pass a Digital Startup Alley Exhibitor Package or even a Digital Pass for just $45. We’re excited to see you there.