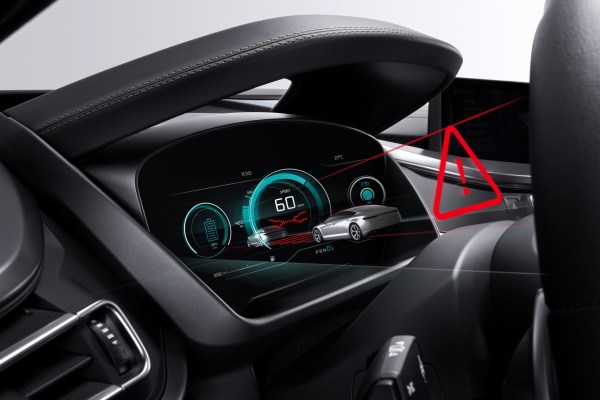 German auto industry giant Bosch is developing new technology that will add glasses-free 3D imaging to future versions of its in-car digital display technology. These 3D displays use passive 3D tech, which means you won’t need to wear glasses to see the effect, and it also skips eye tracking, which is a key ingredient for most high-quality glasses-free 3D displays today.

Going glasses-free, and not requiring that a viewer look from a very specific position are both key ingredients for successfully bring 3D display tech to cars – for obvious reasons. A driver needs to be focused on the road, and the fundamental guiding principle for all Curren in-car display tech is that they provide easy-to-grasp information at a glance, so that a driver’s focus stays exactly where it should.

But why would a driver even want 3D visual effects in their instrument panel or infotainment display? Well, Bosch says that there are multiple compelling reasons, including making sure that crucial alerts really pop-out when they need to in an attention-catching way. Plus, parking cameras can present even more accurate 3D views to the driver so they really get a sense of the space they’re working with. And during navigation, guidance can offer 3D representations of where and when to turn, which can eliminate questions around whether that next corner really is the right corner you’re looking for.

That’s all stuff that could be beneficial now, but it’s also a bet on a future where vehicles are autonomous at least part of the time, and in-car immersive displays could be even more of an opportunity to entertain and inform passengers while they’re ferried to their destinations.

Bosch says that part of the reason they can do this now, compared to in the past, is that more powerful mobile computing has changed the game for what they can build. Instead of having essentially a myriad of tiny, cheap underpowered controllers scattered throughout a car’s tech stack, automakers are generally moving towards having one centralized computer that’s plenty more powerful, and that can be updated easily and quickly over-the-air.

The company doesn’t say when we’ll see these systems actually in use through their automaker customers in shipping cars, but especially in the high end where premium distinguishing features can make all the difference, it shouldn’t be long before some carmaker takes the plunge.