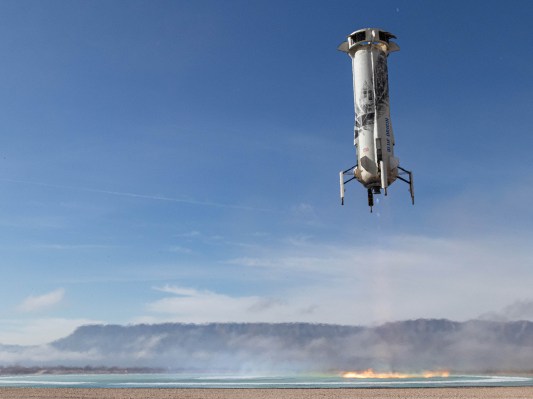 Blue Origin just announced the timing of its next rocket launch – and it’s surprisingly soon, in just two days on Thursday, September 24. The launch of Blue Origin’s New Shepard vehicle will be its 13th overall for that category of launch craft, and the 7th in a row for this particular rocket. The payload will include an even dozen commercial cargo items, including a Deorbit, Descent and Landing Sensor Demonstration done in partnership with NASA – basically a highly-precise automated landing system that will help NASA land on the Moon and eventually Mars.

That payload is unique not just because of the technology involved in the landing system, but also because it’ll actually be mounted to the exterior of the New Shephard’s booster stage, rather than in the capsule that rides atop it. This is the first time that Blue Origin has carried a payload that way, and the company expects it could pave the way for similar future missions, enabling sensing at high altitudes, and experiments made possible through use of equipment exposed to the external environment.

Other payloads on this flight will include postcards from the Blue Origin-founded nonprofit Club for the Future, which are collected by students at schools across the world. There are also additional experiments from Johsn Hopkins University’s Applied Physics Lab, Space Lab Technologies, mu Space Corp, other NASA experiments,and more.

Blue Origin plans a second test flight for the landing technologies on board, and overall these are emanated to help de-risk use of the sensors for later operational viability.

The company has set the launch for 10 AM CDT (11 AM EDT), and it’ll take off from its launch facility in West Texas. The launch will bore broadcast live, and a stream will start 30 minutes prior to liftoff time, and include a special message from NASA Administrator Jim Bridenstine about the agency’s collaboration with Blue Origin. The last New Shepard launch took place last December, so it’s been nearly a year since the company has flown one of its spacecraft.