Bitcoin hit multiple record highs this week, prompting “FOMO” or “fear of missing out” calls from some analysts. If there is euphoria in the crypto market it’s not coming from the retail crowd; making this move nothing like 2017.

Although there is no such thing as one all-time high for bitcoin (as prices vary depending on where you are trading BTC/USD), there were several new records for the major cryptocurrency to start the trading week ranging mostly within the $19,000 handle, and again on Tuesday morning.

The usual chorus of bears is back, led as ever, by the skeptic in chief, Nouriel Roubini. Accusing bitcoin of being manipulated, Dr. Doom has also theorized that the same retail euphoria that led to the bubble in cryptocurrency markets in 2017, is playing out today.

Does he have a point? Probably, not.

Google Trends data tracks bitcoin searches, and while interest has risen, it is still woefully short of 2017.

Some will argue this is because there is broader awareness than there was three years ago. However, at 1.3% global ownership we are far from the saturated coverage needed to squash interest to this degree.

Instead, it seems more likely that a lingering distrust after the collapse in BTC/USD again this year,  is keeping retail investors on the sidelines. Particularly as plenty of lofty returns have been available speculating in tech stocks on Robinhood. Thrown in the fact one bitcoin costs more than $19,000 and most are already priced out from owning an entire coin.

What is really going on underneath the hood is best explained as the combination of increasing institutional interest mixing with this year’s “halving”. Square and Paypal’s buying has dominated headlines, but the approval of major investment banks and head fund managers like Paul Tudor-Jones have certainly added to demand.

Throw in the fact the Federal Reserve is printing at full speed and uber-dove Janet Yellen is on track to be Treasury Secretary as well.

Retail FOMO simply does not exist at this time. It’s possible it is coming, but big players are making all the moves at the moment. 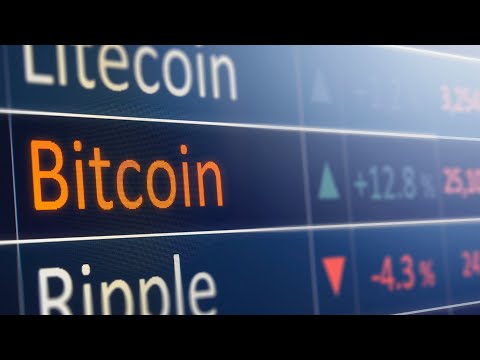 Gold outflows also suggest this could be the case, as James Butterfill’s, Investment Strategist at CoinShares wrote in a recent report,

“Fund flow data from gold investment products unusually highlight outflows during this dollar weakness. Although it is hard to find direct evidence, the flows data may suggest that investors are rotating out of gold and into Bitcoin. Volumes last week were 150% above the year daily average, trading at US$5bn a day on trusted exchanges.”

Until Google interest takes off, it’s impossible to cite crypto’s rally as being driven by retail FOMO. Instead, BTC’s stealth move has occurred as the stock market craze has exploded, allowing the big boys to accumulate while everyone else has been buying cruise lines.