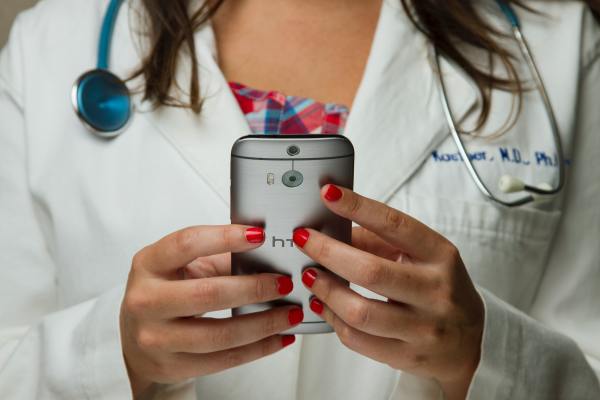 Meet Biloba, a French startup that wants to leverage tech to make it easier to keep your children healthy. The company recently launched a new mobile app that lets you chat with a doctor whenever you want between 8 AM and 8 PM. This way, if you have questions about your kids, you can get a quick answer.

Of course, a text conversation will never replace a visit to the pediatrician. But chances are you have a ton of questions, especially if you’re a first-time parent. Instead of browsing obscure discussion forums, you can go straight to a doctor.

Biloba isn’t working with pediatricians specifically. The company is also partnering with nurses and general practitioners. Eventually, the service is going to cost €10 per month but the company is waving fees during the lockdown.

After just three weeks, the startup managed to attract 4,000 users with around 200 conversations per day. Compared to other telemedicine services in France, such as Doctolib, Biloba doesn’t rely on video consultation. This way, it’ll be easier to deal with a large influx of new patients even with a small group of partner doctors.

The subscription business model is interesting for multiple reasons. First, Biloba isn’t covered by the French national healthcare system. In France, patients only get reimbursed if the doctor knows you already. That restriction has been lifted during the lockdown but it’s probably just a temporary lift.

Many parents probably don’t want to pay €120 per year to chat with a doctor when they could pay €0 through the national healthcare system. But if you can afford it, the barrier to medical advice becomes much lower.

Biloba previously released a vaccine reminder app that lets you enter information about your child’s vaccines and get reminders when the next scheduled vaccine is due.