Bill Gates played Secret Santa to a Michigander, sending 81 pounds of goodies tailored just for her 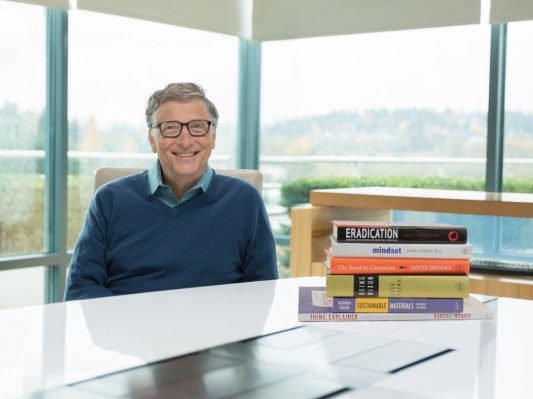 Since roughly 2012, billionaire Bill Gates has been participating in Reddit’s annual Secret Santa gift exchange, which matches Reddit users with internet strangers who give them presents.

He seems to relish the role. For example, in 2017, he was matched with a cat lover, sending off a giant load of feline-themed gifts, including a large stuffed cartoon cat and $750 in donations to her favorite animal charities. Last year, his gift recipient was a self-described miniature horse owner who loves yarn, natural fibers, and card-making. Gates sent him a bounty of yarn, decorating tape, pencils, postcards, sketchbooks, a custom-made blanket for his horse, and a signed copy of a “An Absolutely Remarkable Thing” by Hank Green, the man’s favorite author.

This year, the lucky Redditor who found herself on the receiving end of 81 pounds of gifts from Gates was a 33-year-old, Detroit-area marketer who told MarketWatch yesterday, “I always thought it would be super cool to be matched with him some day, but I never really would have expected this to happen to me.”

The woman — whose Reddit profile features a picture of her hugging the “Star Wars” character Chewbacca and that refers to Harry Potter and other books and video games — was also reportedly sent a Harry Potter Santa hat; Lego building sets that include a giant Hogwarts castle; a handmade quilt depicting scenes from Nintendo’s “Legend of Zelda” game series; and “Twin Peaks” memorabilia, including an L.L. Bean jacket worn by one of the crew members.

Gates, a renowned book lover who regularly shares his book recommendations, also sent her a bound manuscript of F. Scott Fitzgerald’s “The Great Gatsby,” lines from which the woman had incorporated into her wedding earlier this year.

Making the gift even more special, it came with scans of Fitzgerald’s handwritten notes as he was working on the now classic novel.

Gates has been a pioneer on the charitable front for many years. According to the Chronicle of Philanthropy, Gates and wife Melinda Gates donated an estimated $4.78 billion dollars in 2018, bringing the total they’ve given through their foundation and other family foundations to $45.5 billion.

Gates also famously created The Giving Pledge with billionaire Warren Buffett. The pledge invites billionaires to commit to giving away most of their fortunes to charity.

Even while only one Redditor benefits from Gate’s munificence each holiday season, plenty of others of the platform’s users benefit from being part of its Secret Santa community.

Among some of the presents sent: Google gifted one user a Pixel 4 phone. Another received a 3D printer from their “fantastic” Secret Santa. Yet another Redditor received a handmade Captain America shield — along with a smaller handmade shield for his dog.