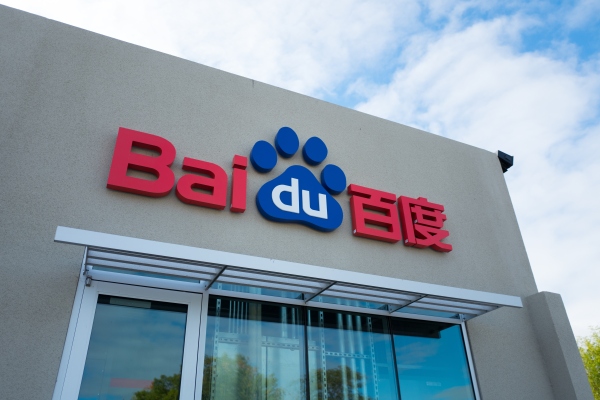 Chinese search giant Baidu on Monday posted a revenue of 26.33 billion yuan ($3.73 billion) for the quarter that ended in June, beating analysts’ estimates of 25.77 billion yuan ($3.65 billion) as its video streaming service iQIYI continues to see strong growth. The 19-year-old firm’s shares were up over 9% in extended trading.

The company, which is often called Google of China, said revenue of its core businesses grew 12% from the same period last year “despite the weak macro environment, our self-directed healthcare initiative, industry-specific policy changes and large influx of ad inventory.”

“With Baidu traffic growing robustly and our mobile ecosystem continuing to expand, we are in a good position to focus on capitalizing monetization and ROI improvement opportunities to deliver shareholder value,” Herman Yu, CFO of Baidu, said in a statement.

Today’s results for Baidu, which has been struggling of late, should help calm investors’ worries. In recent years, as users move from desktop to mobile and rivals such as ByteDance win hundreds of millions of users through their mobile apps, many have cast doubt on Baidu’s ability to maintain its momentum and hold onto its advertising business. (On desktop, Baidu continues to command over three quarters of the Chinese market share.)

In the quarter that ended in March this year, Baidu posted its first quarterly loss since 2015, the year it went public.

Baidu’s video streaming service iQIYI has now amassed over 100.5 million subscribers, up 50% year over year, the company said. Revenue from iQIYI stood at 7.11 billion yuan ($1.01 billion), up 15% since last year.

“On Baidu’s AI businesses, DuerOS voice assistant continues to experience strong momentum with installed base surpassing 400 million devices, up 4.5 fold year over year, and monthly voice queries surpassing 3.6 billion, up 7.5 fold year over year, in June. As mobile internet penetration in China slows, we are excited about the huge opportunity to provide content and service providers a cross-platform distribution channel beyond mobile, into smart homes and automobiles,” he added.

Revenue from online marketing services, which makes a significant contribution to overall sales, fell about 9% to 19.2 billion yuan ($2.72 billion).