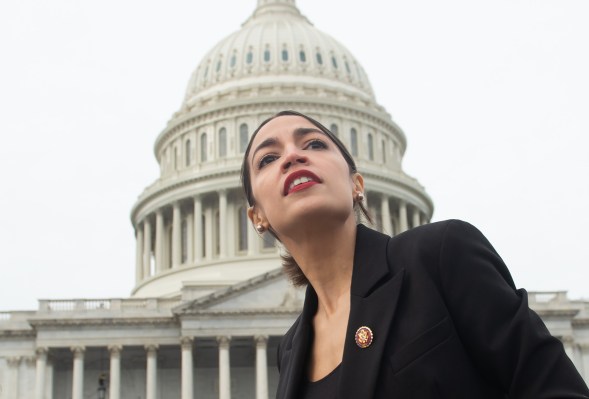 In a rare instance of bipartisanship overcoming the rancorous discord that’s been the hallmark of the U.S. Congress, senators and sepresentatives issued a scathing rebuke to Apple for its decision to take down an app at the request of the Chinese government.

Signed by Senators Ron Wyden, Tom Cotton, Marco Rubio, Ted Cruz, and Congressional Representatives Alexandria Ocasio-Cortez, Mike Gallagher and Tom Malinowski, the letter was written to “express… strong concern about Apple’s censorship of apps, including a prominent app used by protestors in Hong Kong, at the request of the Chinese government.”

In 2019, it seems the only things that can unite America’s clashing political factions are the decisions made by companies in one of its most powerful industries.

At the heart of the dispute is Apple’s decision to take down an app called HKMaps that was being used by citizens of the island territory to track police activity.

For several months protestors have been clashing with police in the tiny territory over what they see as the undue influence being exerted by China’s government in Beijing over the governance of Hong Kong. Citizens of the former British protectorate have enjoyed special privileges and rights not afforded to mainland Chinese citizens since the United Kingdom returned sovereignty over the region to China on July 1, 1997.

“Apple’s decision last week to accommodate the Chinese government by taking down HKMaps is deeply concerning,” the authors of the letter wrote. “We urge you in the strongest terms to reverse course, to demonstrate that Apple puts values above market access, and to stand with the brave men and women fighting for basic rights and dignity in Hong Kong.”

Apple has long positioned itself as a defender of human rights (including privacy and free speech)… in the United States. Abroad, the company’s record is not quite as spotless, especially when it comes to pressure from China, which is one of the company’s largest markets outside of the U.S.

Back in 2017, Apple capitulated to a request from the Chinese government that it remove all virtual private networking apps from the App Store. Those applications allowed Chinese users to circumvent the “Great Firewall” of China, which limits access to information to only that which is approved by the Chinese government and its censors.

Over 1,100 applications have been taken down by Apple at the request of the Chinese government, according to the organization GreatFire (whose data was cited in the Congressional letter). They include VPNs, and applications made for oppressed communities inside China’s borders (like Uighurs and Tibetans).

Apple isn’t the only company that’s come under fire from the Chinese government as part of their overall response to the unrest in Hong Kong. The National Basketball Association and the gaming company Blizzard have had their own run-ins resulting in self-censorship as a result of various public positions from employees or individuals affiliated with the sports franchises or gaming communities these companies represent.

However, Apple is the largest of these companies, and therefore the biggest target. The company’s stance indicates a willingness to accede to pressure in markets that it considers strategically important no matter how it positions itself at home.

The question is what will happen should regulators in the U.S. stop writing letters and start making legislative demands of their own.