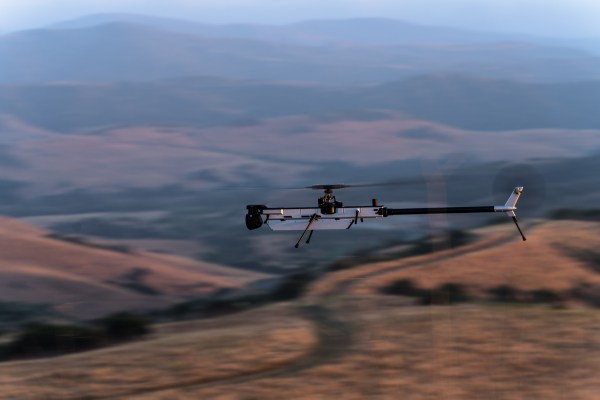 Anduril has flourished over the course of its short Trump-era lifespan, attracting surprising interest from defense agencies considering that the company has only existed for three years. In July, CBP awarded Anduril $25 million for a previous set of surveillance towers. The agency plans to implement 200 towers by 2022 in an ongoing relationship with the contractor worth more than $200 million.

The unusual company is iterating on its hardware innovations quickly, which makes sense for a company founded by Palmer Luckey, the controversial figure who spearheaded consumer VR through Oculus. Luckey, a big Trump booster in tech, attracted plenty of talent from the now Facebook-owned VR company when he struck out with his new venture. The company has also collected a number of former employees from Peter Thiel-founded Palantir, which grew its own federal contract business and is in the process of going public.

While the company kept completely quiet in its early launch days, it’s opened up about its drone capabilities in particular over the last year. Anduril previously did a press push around the launch of a counter-UAS drone it calls “Anvil” that can identify a target and knock it out of the sky. (The company would prefer if you don’t call them “attack drones.”) Now, Anduril is launching the fourth iteration of its small, ultra-quiet “Ghost” drones, adding some key features.

Ghost drones are capable of staying aloft for long stretches and communicating what they sees to a central AI-powered nervous system. They combine data with Anduril’s sentry towers and any other hardware, relaying it back to the company’s Lattice software platform, which flags anything of interest. In the case of CBP, that looks like a system autonomously identifying someone crossing U.S. border and sending a push alert to border agents.

Ghost 4 is the latest version of the Ghost drone, boasting 100 minutes of flight time and a “near-silent acoustic signature” that makes it difficult to detect. The Ghost 4 drones now apparently pack Anduril’s Lattice AI software on board, which allows them to operate and identify potential targets in spots with low connectivity or “contested” areas. The new version of the Ghost drone also allows one operator to command a group of Ghost drones to form a swarm, collecting data across many devices.

According to the company, the Ghost 4 is designed for an array of mission types, including “aerial intelligence, surveillance and reconnaissance, cargo delivery, counter intrusion, signal intelligence and electronic warfare.” With the system’s modular, customizable design, Anduril continues to cast a wide net, though for now it’s mostly won contracts for perimeter and border surveillance.

The company began its work with CBP through pilot programs in Texas and San Diego starting in 2018. By the following year, Anduril had formalized its relationship on the U.S. southern border, with a number of its sentry towers operating in CBP’s San Diego sector, an order for more in Texas and a new pilot program testing a cold weather variation of its hardware at northern border sites in Montana and Vermont.

In July, Anduril announced that it had raised $200 million from investors including Andreessen Horowitz and Thiel’s Founders Fund, bringing its valuation to around $2 billion three years in. “We founded Anduril because we believe there is value in Silicon Valley technology companies partnering with the Department of Defense,” Anduril CEO Brian Schimpf said at the time.

The Department of Defense was exploring use cases with a previous version of the Ghost drone, and it’s clear the company would like to expand that nascent business. It’s not that far off: Anduril landed a $13.5 million contract last year to surround Marine Corps bases in Arizona, Japan and Hawaii with a “virtual ‘digital fortress’” and has recruited talent specifically to liaise with the military. Now that the company’s work is established as a line item in the homeland security budget, the door is open for Anduril to seal the deal on even more lucrative defense work.