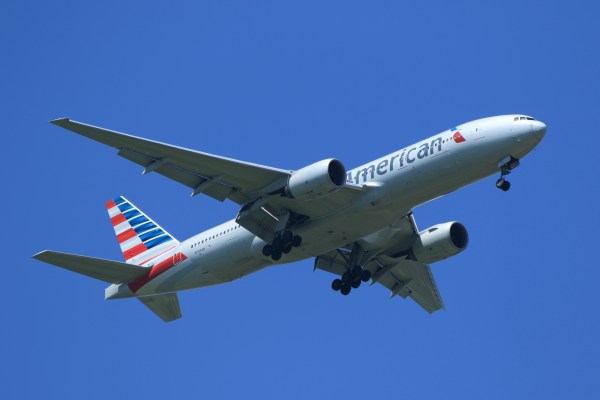 American Airlines today announced that it will fly a handful of cargo-only flights to Europe, using its standard 777-300 passenger planes, over the course of the next few days. The company says these flights will carry medical supplies, mail for active U.S. military, telecommunications equipment and electronics, as well as packages from e-commerce firms.

This marks the first time American is operating cargo-only flights since 1984, when it retired its last 747 freighter (one of those retired planes, by the way, was then modified to carry NASA’s shuttle on its back).

By default, virtually all airlines carry cargo on their domestic and international flights. American, for example, notes that it shipped more than 400 tons of flowers from Amsterdam to the U.S. in the two weeks around Valentine’s Day. As airlines started shrinking their operations in light of various travel restrictions and plummeting customer demand during the current COVID-19 outbreak, that cargo capacity shrunk, too, even though there is still plenty of demand for moving cargo between countries. As of now, American and the other major U.S. airlines have suspended the majority of their international long-haul flights.

“We have a critical role to play in keeping essential goods moving during this unprecedented time, and we are proud to do our part and find ways to continue to serve our customers and our communities,” said Rick Elieson, president of Cargo and vice president of International Operations at American. “Challenging times call for creative solutions, and a team of people across the airline has been working nonstop to arrange cargo-only flight options for our customers.”

For now, American only plans to make two round-trips between Dallas and Frankfurt over the course of the next four days. “The flights provide much-needed cargo capacity for many of the airline’s regular cargo customers, allowing them to continue operating in this challenging environment,” the company says in its announcement.

Delta, too, recently announced that it would use some of its grounded passenger planes to move cargo. As airlines continue to grapple with the fallout of this pandemic, we’ll likely see more of them do this in the coming weeks.

Facebook’s latest app experiment is a ‘private space’ for couples