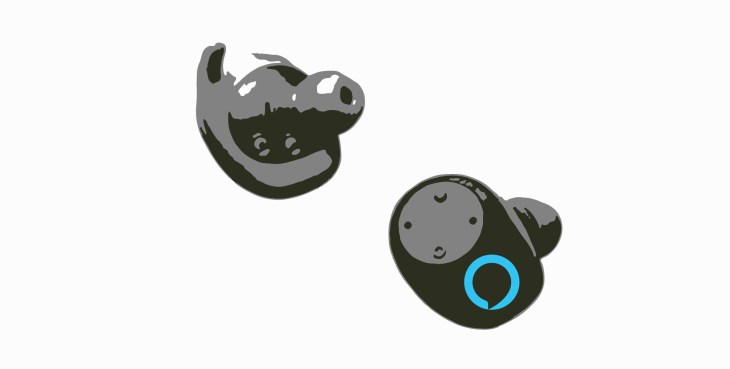 Amazon is building wireless earbuds that offer Alexa voice assistant access, and fitness tracking for use during activities, according to a new report from CNBC. These earbuds, combined with a new, larger Echo designed to provide more premium sound, could feature into Amazon’s hardware event taking place this Wednesday in Seattle, though the outlet is unclear on the release timeline for this gear based on its source.

These earbuds would be a major new product for Amazon, and would be the company’s first foray into personal health and fitness devices. While Amazon has either built or bought products in a wide range of connected gadget categories, including smart home and smart speakers in particular, so far it hasn’t seemed all that aggressive in personal health, even as Apple, Samsung and others have invested heavily in these areas.

CNBC’s report says that these new Alexa buds will have an accelerometer on board for measuring motion, and will be able to also provide distance tracking, calories burned and pace – in other words, all the things that you’d expect to track with a fitness wearable like the Apple Watch or a Fitbit.

Leaving aside their fitness features, earbuds would provide Amazon a way to deliver a more portable Alexa for people to take with them outside of the house. The company has partnered with other headphone makers on similar third-party Alexa integrations, and they’ve also experimented with bringing Alexa to the car, for instance, but it’s largely still a home-based assistant, successful as its been.

Helping the appeal of these reported new products, the buds are said to be retailing for under $100, which will put them at a big price advantage when compared to similar offerings from either dedicated audio companies and headphone makes, and to potential rivals like Apple’s AirPods. Though the report indicates that they’ll still rely on being connected to an iPhone or Android device for connectivity, as they won’t have their own data connection.

Amazon is also readying a bigger echo that has a built-in woofer and overall better sound than its existing lineup, according to CNBC . That mirrors a report from July from Bloomberg that also said Amazon was readying a high-end echo, with a planned launch for next year.

Some or all of these new hardware devices could make their debut at Wednesday’s event, but it seems likely a lot of what we’ll see will be a surprise.