After conquering smartphones, PopSocket sets its sights on beverages 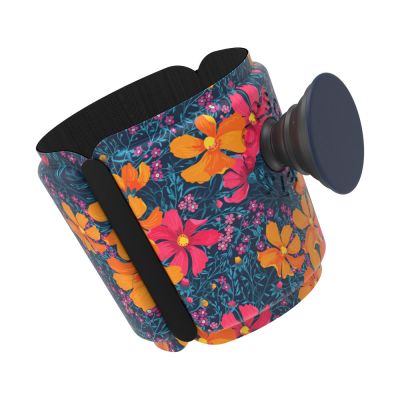 In its first half-decade of existence, PopSocket has grown into one of the most popular — and imitated — smartphone accessories on the market. In 2018 alone, the company generated $90 million in profit. Not to bad for a little Colorado-based upstart.

So, where does an utterly dominated accessory maker go from here? Beverages, naturally. Delish was the first to report the existence of the PopThirst line. You may well have missed it in the wake of this week’s iPhone news. I was on a plane with limited WiFi access, I swear. Whatever the case, the weird little retractable phone holder that has captured the world’s imagination $15 at a time is now headed for the lucrative field of refreshments.

It’s an odd evolution of the brand, to be sure. But why not strike while the iron (and coffee) is hot? I know plenty of people who swear by the phone accessory, and the pop-out gripper looks to fit pretty well on a matching koozie for hot and cold beverages, alike. Pop it on a can of LaCroix to find yourself on the cutting edge of the 2016 zeitgeist.

The cupholders feature a wide range of styles, from leopard print to camo. They’re up for pre-order on Popsocket’s page for $15 a pop. They’ll go on sale Sept 15.