Pose star Billy Porter is joining a growing number of Hollywood celebrities who are promoting vote by mail by teaming up with Michelle Obama’s “non-partisan” voter initiative. His push for vote by mail comes just one month after the Emmy and Tony Award-winning actor participated in a virtual fundraiser for Joe Biden.

Billy Porter voiced his support for vote by mail on Tuesday in a tweet in which he backed Michelle Obama’s When We All Vote organization. The actor encouraged Pennsylvanians to register for mail-in ballots in a tweet that reads nearly verbatim to recent tweets from actresses Piper Perabo and Wanda Sykes.

Hey PA! You need to request your ​#VoteByMail​ ballot by TODAY, May 26th. I know most people haven’t voted by mail before, so I teamed up with @WhenWeAllVote
​to break it down! Request your ballot to vote safely in the June 2nd primary: https://t.co/9d745QLzQS pic.twitter.com/gzNZkyVwFc

In April, Porter was one of a handful of celebrities to appear in a virtual LGBTQ fundraiser for Biden for which guests payed as much as $5,600 for the privilege of logging into the exclusive event. The fundraiser featured online appearances by celebrity guests, including Porter, Melissa Etheridge, and Kristin Chenoweth.

Michelle Obama’s When We All Vote bills itself as a non-partisan group dedicated to increasing voter participation around the country. But the group, which is pushing vote by mail, is backed by slew of left-wing celebrities including Tom Hanks, Rita Wilson, Lin-Manuel Miranda, and Kerry Washington. 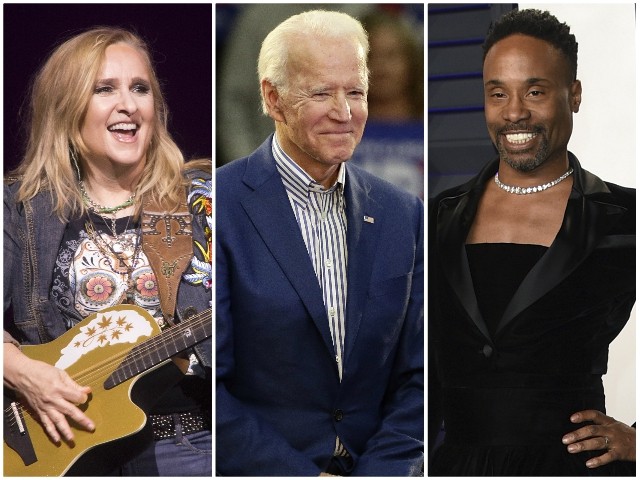 President Donald Trump vehemently opposes vote by mail, saying that it increases the likelihood of voter fraud. Ballots can be stolen, sold, and even distributed to illegal aliens. Vote by mail also facilitates ballot harvesting, which is illegal in some states.

Billy Porter denounced President Trump in a LGBTQ State of the Union address for Logo TV in February.

“Our nation is facing one of the biggest crises of my lifetime,” Porter said. “So far our nation has survived the first term of Donald Trump, but who’s to say what another term would do to this country, to democracy and, truly, to the entire world?”